'Operation Pridefall' is a potential raid organized by 4chan users to try and spread anti-LGBTQ messages on social media and harass brands that support the LGBTQ community during June, which is also Pride Month. It's most likely all a troll, which is what users on 4chan love doing.

Here is a post that outlines what their 'plan' to raid is. 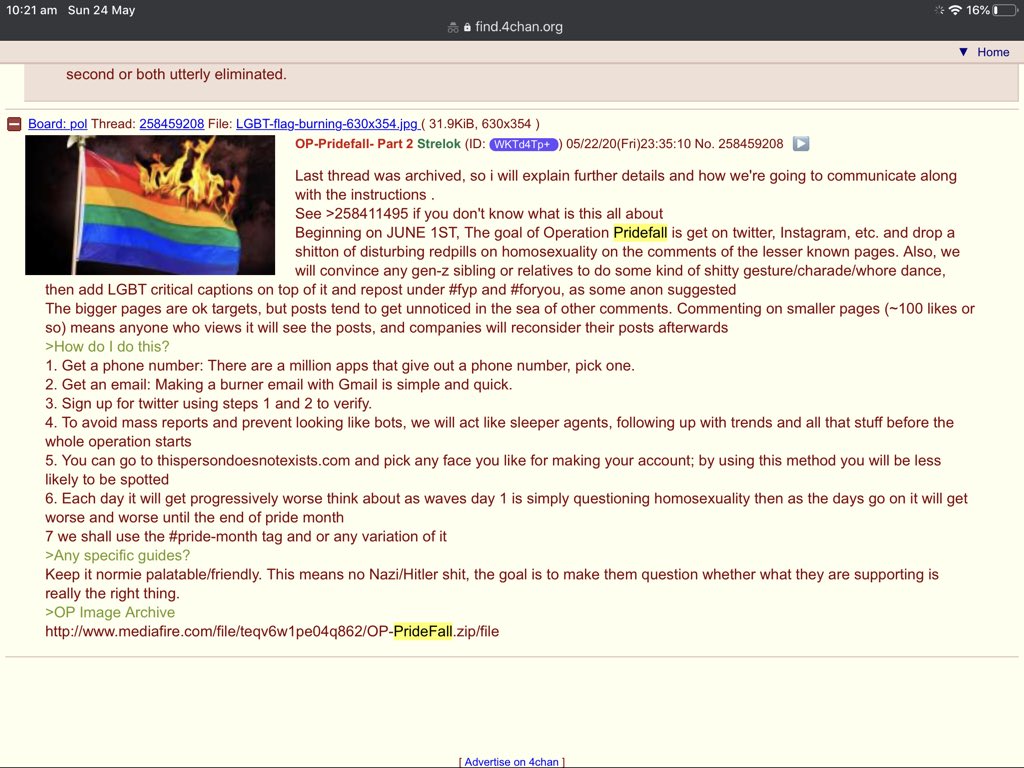 2) Blend in to LGBT culture

3) Start by questioning if homosexuality is right and then progressing with worse and worse hatred until pride month ends.

There are even some discord servers that have even more detailed plans on how they plan to raid LGBT places on the internet. 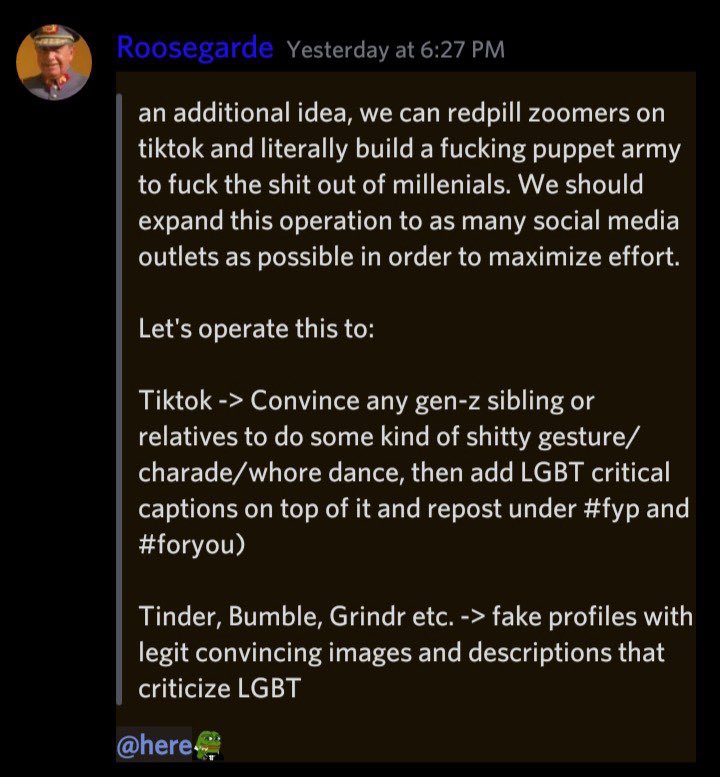 However, there is really nothing to be worried about. 4chan's user base is notorious for saying that they're going to organize and raid places and those raids almost always fall apart. Some are even saying that it already has fallen apart this year.

Hey, people involved with #operationpridefall?
How does it feel that your entire operation is falling apart before its even started.

Just goes to show how strong the LGBTQA+ community is huh? Well, you might have better luck next year. But I doubt it.

It seems to be just all trolls.