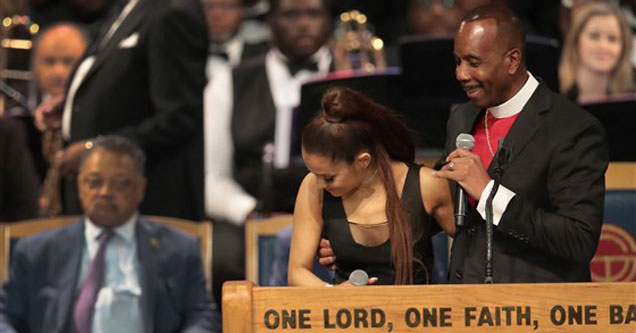 Bishop Charles H. Ellis III unsurprisingly denies that he meant to touch Ariana Grande's breast while speaking at Aretha Franklin's funeral. In videos that have since gone viral, including a video that was featured on the site yesterday, it very much appears that the pastor was intentionally groping Ariana Grande while he was holding her side.

Here is the Pastor's response:

"It would never be my intention to touch any woman's breast. Uh... I was... I was... I guess I put my arm around her... I hug all the female artists and the male artists. Everybody that was up, I shook their hands and hugged them, and uh, that's what we're all about in the church. Love. And again, maybe I crossed the border, or maybe I was too friendly or familiar. But again, I apologize. It's not about the way I meant it, or it went bad. If someone took it the wrong way, or offended by it, the easiest thing for me to do as a Christian and a man of god, is to apologize. I sincerely apologize to Ariana again, and if I offended her in ANY kind of way, the last thing I want to do is be a distraction to this day, which is all about Aretha Franklin and the Queen of Soul."

The internet reacted to the Bishop's apology video with frustration and disbelief:

If you want an example of gaslighting, it’s when we have literal video footage of a Bishop groping Ariana Grande at a televised public event and then he releases a statement basically saying, “Maybe she misinterpreted my hug.”

This wasn’t an apology, it was a denial. Bishop Ellis obviously, intentionally, and repeatedly sexually assaulted #ArianaGrande on live television in front of millions and the arrogant predator that he is still denies doing it and @CNN isn’t calling it sexual assault. Arrest him.

Grammar lesson. We can literally see the groping, but not the sorrow. So the inverted commas should be around the word 'sorry' not groping. https://t.co/rRwnEvpGbP

If that bishop did THAT to Ariana Grande on stage, I can't imagine what he must be doing behind closed doors. He's a predator.

Watch the video for yourself and make up your own mind, but don't forget to tell us in the comments what your take is. 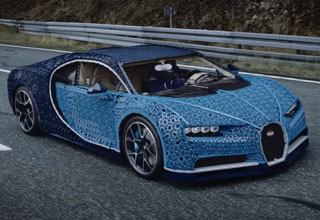 NEXT ARTICLE Real Life-sized Bugatti Chiron Made From One Million LEGO Bricks And Drives!