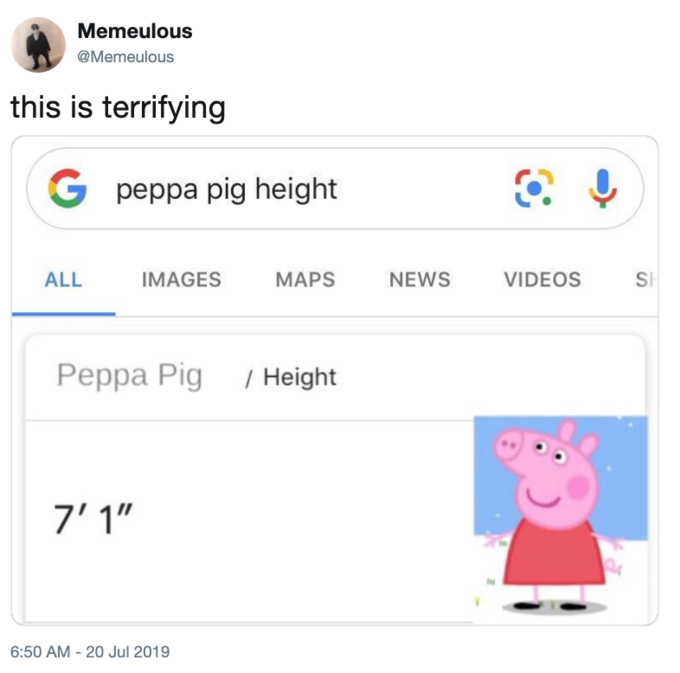 Earlier this week it was revealed that cartoon character Peppa Pig's height has been revealed to be 7' 1''. A Twitter user posted a screenshot of the results of a Google search which ended up spreading like wildfire over the social media network and the terrified people of Twitter have been posting all kinds of memes.

Lots of people commented that if Peppa is seven-feet-tall, then her mom and dad must be huge.

Just putting it out there #PEPPAPIG's father is at least two feet taller than her and her mom about a foot taller. #PEPPAPIgHeight Daddy Pig could bump his head on a basketball rim. pic.twitter.com/W8gaoigiAV

Excuse me, why is no one talking about how big peppa pig’s parent would be? #peppapigheight 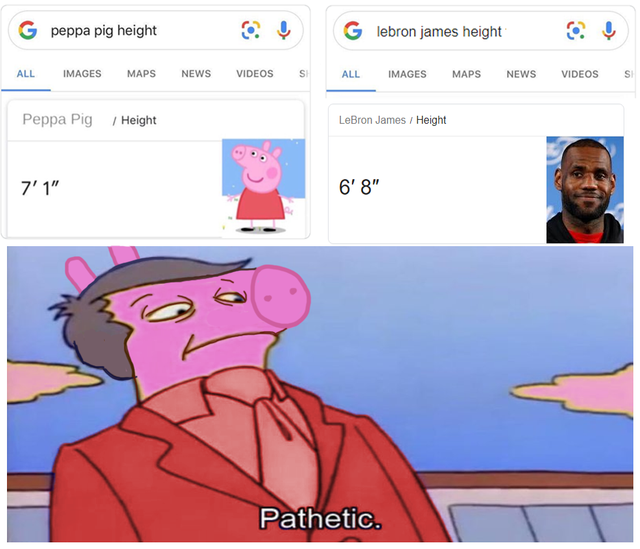 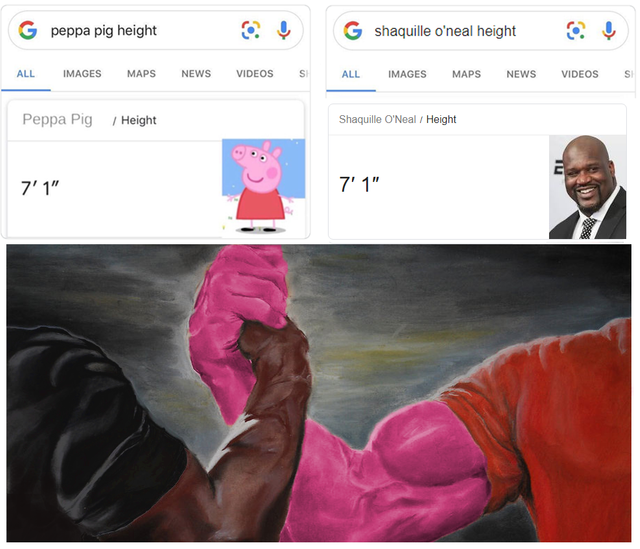 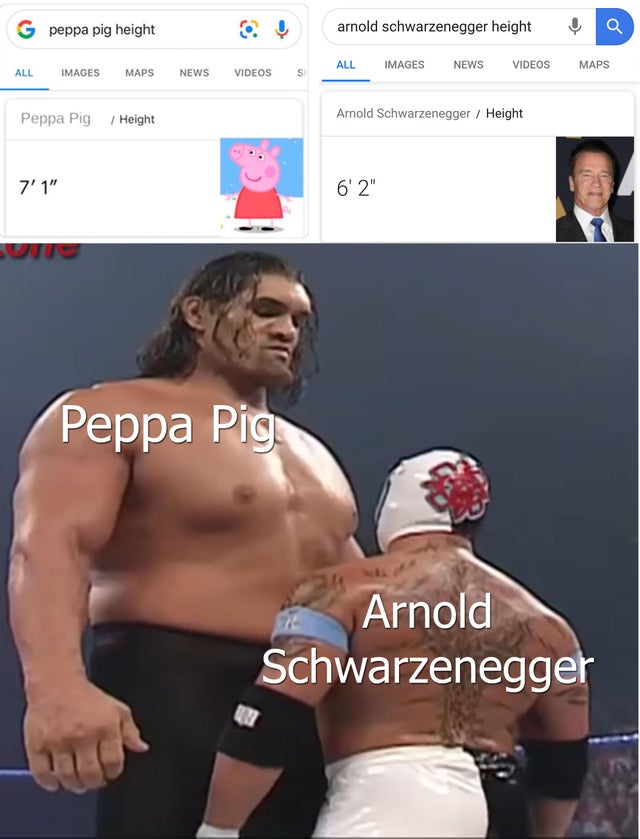 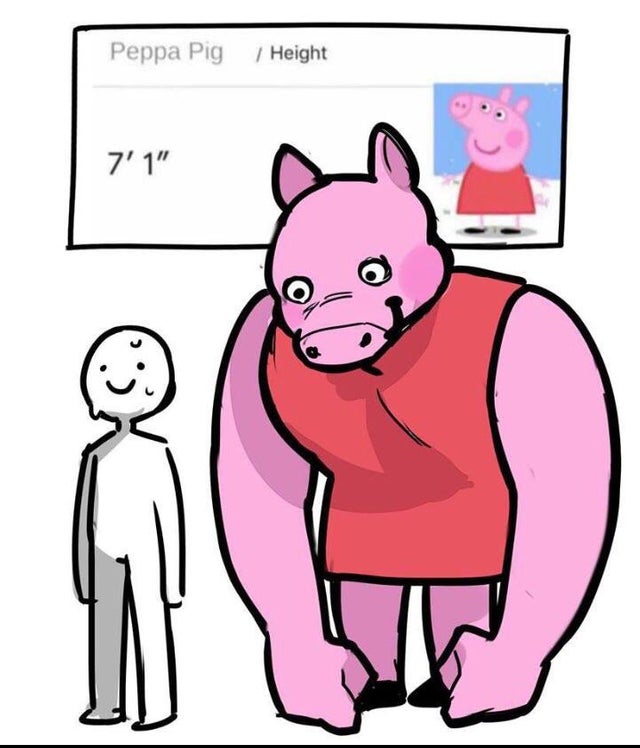 if ur not peppa pig’s height, swipe left pic.twitter.com/zopgljLaiU

#peppapig
Forget how tall Peppa pig is.
The live-action movie will show you more than her height pic.twitter.com/AUNArHdtxf

peppa pigs height isn’t the only startling fact about her... pic.twitter.com/enFSypaDaN

And finally, there is this gem of a post.

This tweet literally made me search up Peppa Pig's height and this is where I ended up. https://t.co/tR0EAywMEs pic.twitter.com/ad8ldd76wy