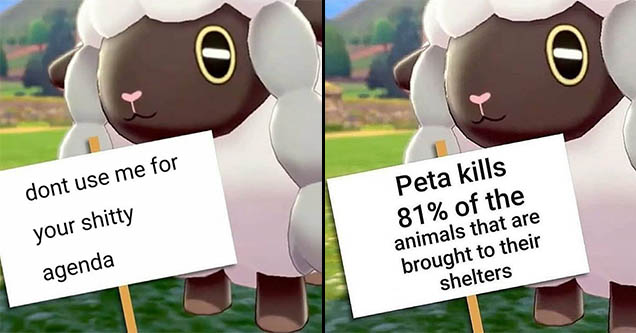 You may have heard by now, but everybody is obsessed with new Pokémon Wooloo who was announced at the recent Nintendo Direct and will be in the upcoming Pokémon Sword and Shield game. Well, PETA just tried to use our fluffy new friend to push their agenda on Twitter recently. They posted a meme of Wooloo with a sign that reads, "I'm not your Wooloo sweater!"

Love the new #Pokemon, Wooloo! They have a special message for all of their future trainers #PokemonSwordShield pic.twitter.com/EyRst7Hlee

It didn't take long before everyone started piling on with their own version of the meme. Check it out for yourself below.

Wooloo can speak for itself. pic.twitter.com/7SzPD20PW7

If you're digging on Wooloo, make sure to check out our gallery of Wooloo memes! 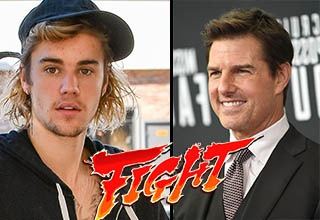