The New York Daily News reported Sunday that Deputy Inspector Emanuel Gonzalez, the city's 72nd precinct commander in Brooklyn, allegedly told officers to shoot 50 Cent "on sight" during a roll call in the station house. New York police did not confirm the date the alleged comment was made.

Supposedly Gonzalez said an off-cuff comment about 50 Cent during a roll-call close to a boxing event which 50 Cent was to attend.

The New York Daily News reported that Deputy Inspector Gonzalez told his officers to shoot the rapper "on sight" but later tried to pass it off as a joke.

At least one other person at said event reported the 50 Cent comment to the NYPD internal affairs department.

He said the rapper had 'threatened him on Instagram' - in response to claims that Dect. Insp. Gonzalez had unfairly investigated one of 50 Cent's favorite nightclubs.

When 50 Cent heard about it he went in on Instagram.

"This is how I wake up this morning, This guy Emanuel Gonzales (sic) is a dirty cop abusing his POWER," 50 Cent said on Twitter. "The sad part is this man still has a badge and a gun. I take this threat very seriously and im (sic) consulting with my legal counsel regarding my options moving forward."

Hey kids,see someone you don’t like. Well go a head shoot them on sight. #Emanuel Gun all the time Gonzalez

I still have my badge and my gun, I run shit around here. I’m the commanding officer of this 72 precinct and if i tell you shoot him you shoot him. #Emanuel Gun all the Tim Gonzalez

Who the fuck told internal affairs what I said? Emanuel Gun all the time Gonzalez 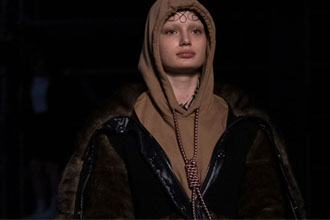 NEXT ARTICLE Burberry Forced To Apologize For Offensive Sweater