Jake is an innocent pup used by coppers to bust idiots who think DRUGS belong on EDM CRUISE SHIPS.

Jake the drug dog is okay now, but suffered a big scare while sniffing passengers entering the Norwegian Epic vessel that would be home to the  allegedly drug-free Holy Ship! EDM festival.

13.0 WENT OFF! Thank you for another amazing sailing - until next time #SHIPFAM ❤️

The dog began twitching and acting strangely, so it was administered narcan and taken to a vet. It was soon learned that Jake had ingested a load of MDMA. The narcan would be no help, but Jake was eventually stable.

Leslie Bennett, 33, the former owner of the MDMA was booked on possession charges. His EDM cruise was over.

Jake has returned to work.

K9 JAKE’S BACK ON THE BEAT: @BrevardSheriff's K9 Deputy Jake is back on duty at Port Canaveral, playing with his handler, Deputy Scott Stewart, and showing no ill effects from a severe reaction that the 3-year-old golden retriever suffered from finding drugs on a passenger. pic.twitter.com/5cdFHlNlEp

We're glad he could hold it together. 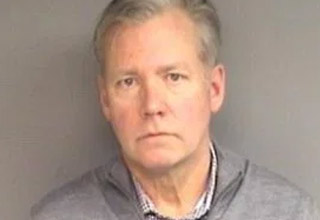