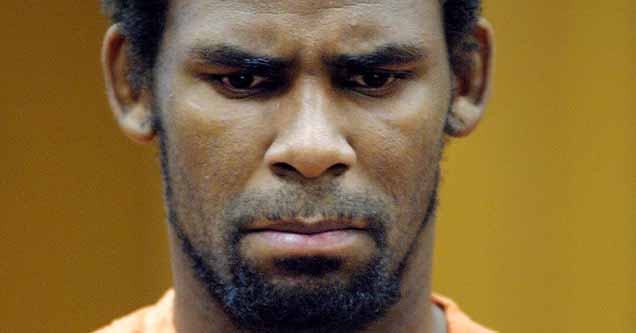 Singer R. Kelly has had a pretty rough year. After cryin' like a b**** on CBS in a desperate attempt to humanize himself to the public (which backfired spectacularly and gave rise to a bunch of great memes), Kelly was jailed without bond on federal sex crime charges.

It seems Kelly hasn't been faring too well in jail (because, you know, it's f***ing jail). According to TMZ, Kelly's attorney Steve Greenberg is claiming that his client has not been given adequate medical treatment in jail, citing issues such as an untreated hernia, numbness in his hands, and anxiety (because, again, it's f***ing jail). Greenberg is attempting to argue that Kelly poses no flight risk and should be allowed to await his pending legal cases in other states as a free man.

Adding to Kelly's hardship is the fact that, "although he lives and has lived with two lady friends, only one of them is allowed to be on his visiting list, and after 90 days he's required to switch." Must be so rough, not being able to have both your mistresses visit you at the same time. Boo-freakin'-hoo.

NEXT ARTICLE Civil War 2 Memes Have People Ready for Battle