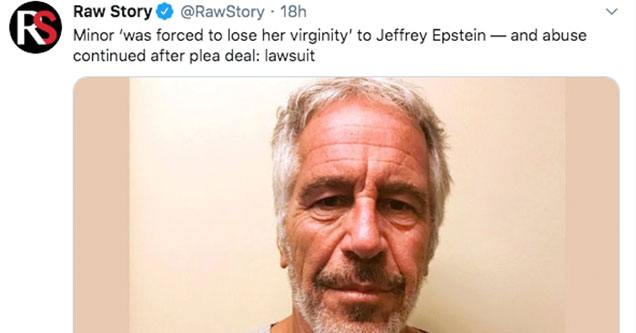 A Raw Story headline, published about 18-minutes ago featured the title, "Minor 'Was Forced To Lose Her Virginity' To Jeffrey Epstein - And Abuse continued After Plead Deal: Lawsuit".

Yes, that's a real headline, insinuating that a young girl, or a teenager was forced to lose her virginity, or rather, she was RAPED by Jeffrey Epstein. 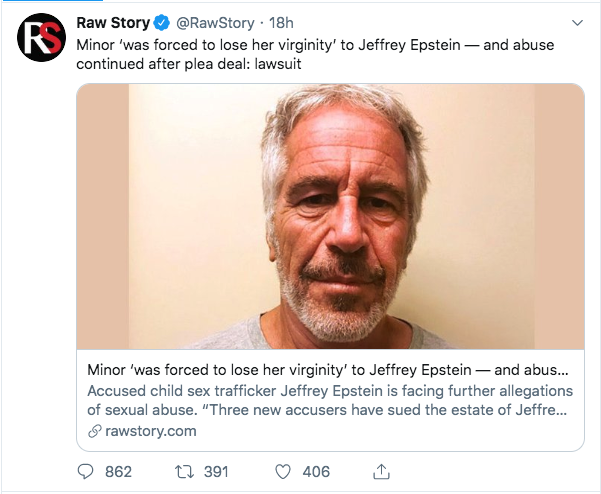 What a disgusting title written by an even more disgusting person. What are they trying to do? Down play the rape of a virgin teen, because that's what it looks like.

And if they didn't get the memo, plenty of people on Twitter are letting them know, just how gross they look. 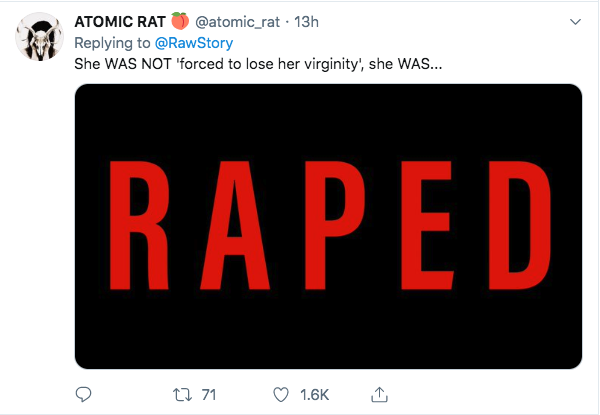 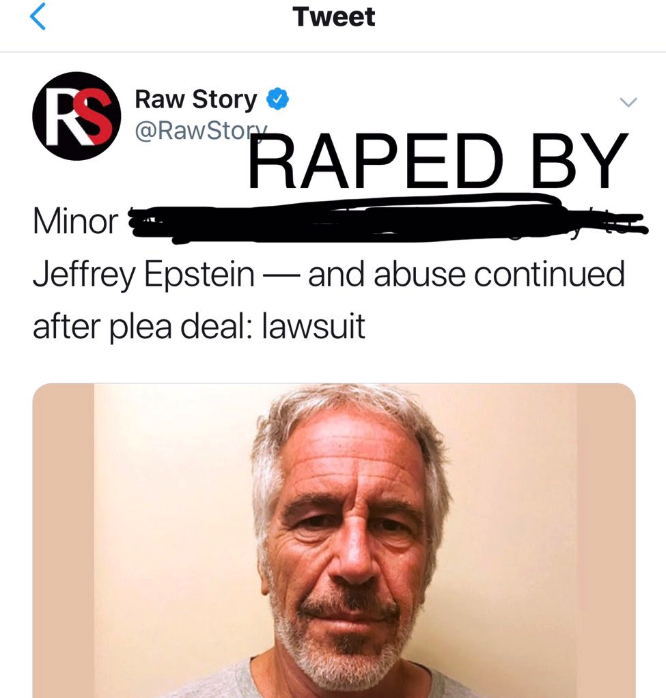 You’re not that much of a ‘raw story’ if you use six words to spell ‘RAPED’. https://t.co/JW7FiyDnIu 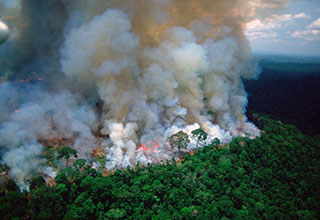 NEXT ARTICLE The Amazon Rainforest Is On Fire