Stan Lee with Nebula from the Guardians of the Galaxy franchise.

The world is morning the loss of a Marvel icon and cameo king today. Stan Lee has passed away at the age of 95.

I am so very, very sad to hear of my friend @TheRealStanLee’s passing. He is a legend and his work with live on through the ages. EXCELSIOR! #RIPStanLee pic.twitter.com/5aDVvUMY53

Stan Lee, RIP. Thanks for inspiring so many of us to pick up a pen or pencil and put your dreams onto paper. Excelsior! pic.twitter.com/L33eTjUQdI

Stan Lee had been in the superhero creation business since 1939, and was at least partially responsible for so many heroes. Black Panther, Spider-Man, X-Men, The Mighty Thor, Iron Man, The Fantastic Four, The Incredible Hulk, Daredevil: he had a hand in making all of them.

Lee's final few years saw him in turmoil his wife passed just last year, and he had been involved in lawsuits against POW! Entertainment and his former business manager.

Looks like this may be the last interview Stan Lee gave. It was a sad read at the time, even more so now https://t.co/RcHWN7R5Qw

But let us remember Stan the way he would have wanted, through all those zany appearances he made in Marvel films. 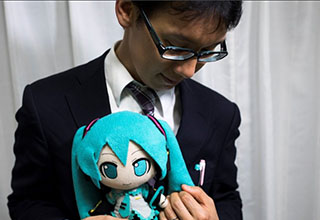