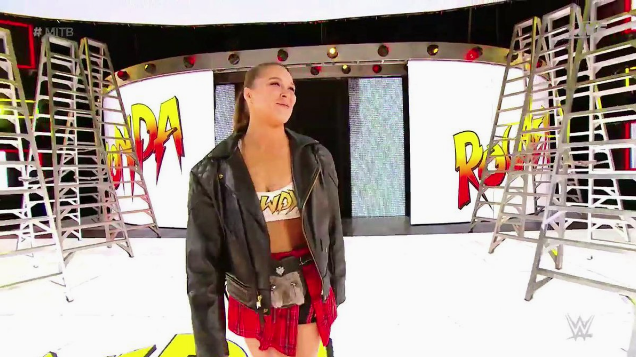 We all know the story of shit talking Rhonda Rousey and the immovable force she went up against when she lost to Holly Homes, but what happened to her after that?

For a while she was well, living her life in private as a normal citizen, but that ended when she signed a very lucrative contract with the WWE. Rousey has in a very short period of time taken the WWE by storm.

The former MMA fighter is everything a WWE star should be. She's strong and flexible, able to take hard hits and give even tougher ones back. She moves like a real fighter because yeah you guessed it, she is one. The last thing for Rousey to conquer is her mic skills, which from her time in MMA shouldn't be too hard for her to learn.

Fans have been outspoken about her addition into the WWE universe and last night on RAW she showed the world why she belongs in WWE.

Her name is @RondaRousey, and she was BORN READY to compete as she takes it to the #RAW #WomensChampion @NiaJaxWWE! #MITB #RondavsNia pic.twitter.com/vBVpeLHAde

You're not in the octagon anymore, @RondaRousey... #MITB #RondavsNia pic.twitter.com/k57esdf9pJ

Ronda Rousey is so brilliant... So much strength, power, athleticism and flexibility. If she improves her promos and works hard on her mic skills she can become the biggest female legend in WWE history #MITB

Solid showing from @RondaRousey in first singles match. She definitely has the potential to improve and be an entertainer. The Bliss cash-in wasn’t a total surprise, but it feels like Raw women’s division has been same old, same old for a while now. Need some new rivalries #MITB

Ronda Rousey is astonishingly good at this wrestling thing. Like, absolutely unbelievable. #MITB 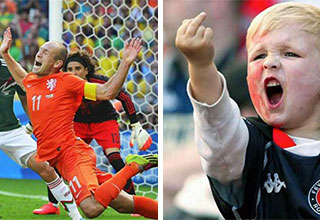 NEXT ARTICLE Why We Hate Soccer