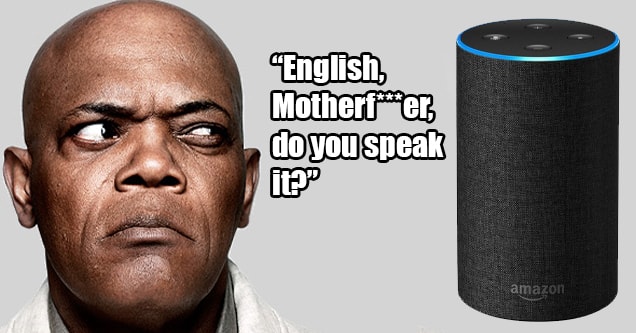 Hold on to your butts, because Amazon's range of Alexa-enabled devices like the Echo are about to get a dose of Samuel L. Jackson!

Amazon is in the process of adding several high-profile celebrity voices to Alexa devices, which the tech giant recently announced will be available as 99-cent upgrades. Samuel L. Jackson will be the first celebrity to lend his iconic expressions to the AI service, with other voices to come in the following months.

According to Amazon, the new voice can "can tell you jokes, let you know if it’s raining, set timers and alarms, play music and more – all with a bit of [Jackson's] own personality." The voice will be available in two versions: explicit and non-explicit (OBVIOUSLY explicit is the way to go here).