The San Diego Union-Tribune building was evacuated this morning after receiving a suspicious package.  It has not been confirmed if this is related to the other devices.

A suspicious package was sent to former AG Eric Holder, but it was the wrong address, so it was returned to the return address ... which was that of Debbie Wasserman Schultz.

A white powder / substance was included in one of the packages and is being investigated further.

The Governor of New York's office was also sent an explosive device.

Everyone at CNN NY being evacuated. Swarms of NYPD outside — I wasn’t allowed to grab a coat or any of my belongings — told to immediately go to staircase pic.twitter.com/rtcAoKS6y9

The packages were detected and intercepted by the U.S. Secret Service, which has opened a criminal investigation into the incidents.

“The packages were immediately identified during routine mail screening procedures as potential explosive devices and were appropriately handled as such,” the Secret Service said in an emailed statement Wednesday. “The protectees did not receive the packages nor were they at risk of receiving them.”

“We condemn the attempted violent attacks recently made against President Obama, President Clinton, Secretary Clinton, and other public figures,” White House press secretary Sarah Huckabee Sanders said in a statement. “These terrorizing acts are despicable, and anyone responsible will be held accountable to the fullest extent of the law.”

The FBI’s New York field office said in a tweet that its Joint Terrorism Task Force “has engaged with our federal, state and local partners to investigate” the package sent to the Clintons.

Authorities believe at least one of the devices to be linked to the explosive device that was sent to George Soros earlier in the week.

An ongoing investigation is currently underway. 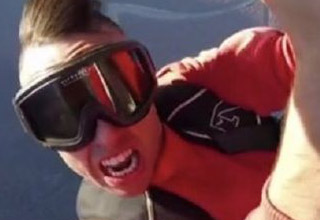