In April of 2017, the Smithville Police engaged Michael Dial in a low-speed chase as he drove a 1976 pickup truck towing a fully loaded trailer. The chase began in DeKalb County and ended in White County after sheriff's deputies put a bullet in Dial's head.

Now, almost a year later, the comments made by Sheriff Oddie Shoupe are the center of a federal investigation. Body cam video obtained by NewsChannel 5 Investigates captures recordings of the White County Sheriff discussing the questionable shooting.

Sheriff Shoupe was crass and braggadocious about his order to use deadly force on Dial, who as described by investigators was driving at, "funeral procession" speeds, no pun intended.

Here is the video of the full police chase. Sheriff Shoupe was not immediately involved in the chase but was following behind and giving orders over the dispatch to his deputies. Ultimately, he gave the order which ended Michael Dial's life in an attempt to save his patrol cars from damage, "they (his deputies) said 'we're ramming him.' I said, 'Don't ram him shoot him.' Fuck that shit. Ain't gonna tear up my cars." Ain't gunna tear up my cars, right, because your patrol cars are more valuable than someone's life.

The look on the officers face says it all. He knew he shouldn't have killed Dial, that there was no need for lethal force, he knew the orders were wrong yet he still obeyed, and that's going to stick with him for awhile.

So, Sheriff Shoupe, we hope you get what you deserve and enjoy your eternity in hell, asshole. 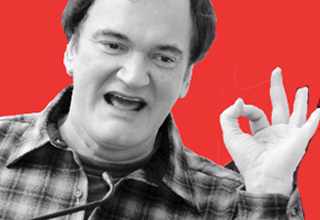