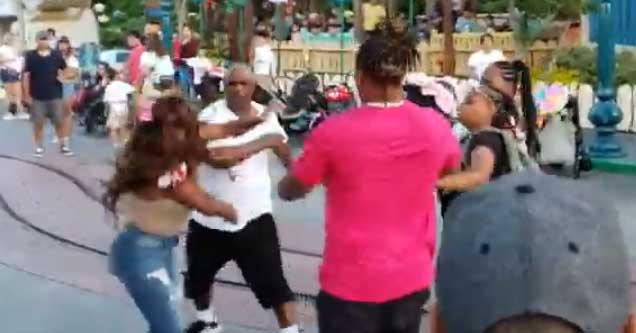 If you haven't already heard by now, there was an all-out brawl at Disneyland's Toontown recently, footage of which quickly racked up countless views online.

Current news reports indicate that all of the people involved were part of the same family group, although the precise motivation behind the fight remains unclear. Police also reported that none of the family members wanted to pursue any further legal action, although the now-viral video (which police didn't have at the time) may give authorities more avenues for pressing charges.

UPDATE 7/23/2019: Police have officially filed felony charges against the man in the pink shirt. He now faces up to 7 years for charges including domestic battery, assault with a weapon, and child endangerment.

No matter what the actual reason for the fight was, one thing that everyone could agree on was that it was definitely entertaining in a "staring-at-a-car-wreck-and-you-can't-look-away" sort of way. It's the kind of thing that becomes a meme almost instantly. Naturally, Twitter had plenty of jokes and reactions - here are some of our favorites:

Goofy trying to sleep tonight after the violence on his street... #disneylandfight pic.twitter.com/ud6YPEUSpA

me trying to figure out who’s on who’s side on the #disneylandfight pic.twitter.com/aZP1HsHpUH

Me when I watched that damn fight video at Disneyland pic.twitter.com/GQZdwatFK9

That Disneyland brawl fight/rampage was crazy. You needed like five niggas to take dude down fr

Everyone: "Have you seen the viral video of that fight at Disneyland?"

She really did NOT sign up for this #disneylandfight pic.twitter.com/ThXNdHNPFP

So that family paid $100+ per ticket just to go to jail? #disneylandfightpic.twitter.com/z3fnf3sWBN

Mickey mouse when he came out and saw the fight that was going on#disneylandfight pic.twitter.com/x7uXLsacmS

If you still feel confused about what the hell actually went down, fear not! The diagram and news report below should probably help clear things up a bit. 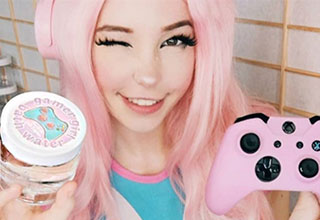