Since the weather took a turn for the worst on December 22nd, Southwest Airlines has cancelled over 15,700 flights leaving passengers and baggage completely stranded. Holiday travel is typically the busiest and most tumultuous time of the year, but Southwest has done some pretty hefty damage this season.

Inclement weather and understaffing are just a few causes that led to the thousands of cancelled flights, leaving many travelers with no other options than posting their horror stories online. And there is no shortage of complaints.

Things went from bad, to worse, to absolute shitshow in a matter of days. Guests waiting in line in Nashville to rebook flights were even threatened by a police officer who stated that they would be arrested for 'congregating' in line.

WOW: Nashville airport cop threatens to arrest stranded passengers who are standing in line at a Southwest counter to rebook their cancelled flights (1/2) pic.twitter.com/UARLErYdSZ

A lawyer asks the cop to cite the law he was threatening to arrest them under. He cannot. (2/2) pic.twitter.com/unNHgzxYKl

It's no surprise that other airlines quickly began taking full advantage of those who had their original flights cancelled. Tickets on competing airlines skyrocketed in price, leaving flyers with very few options.

the good news is, at least the other airlines aren’t taking advantage of the people who were stranded by @SouthwestAir pic.twitter.com/7nFBiddzuo

Aside from issuing a lackluster apology, Southwest has done little to help travelers stuck in a bad situation. However, one lawyer did take the time to read the fine print of Southwest's customer service dashboard, so that travelers know exactly how to get their money and belongings back. 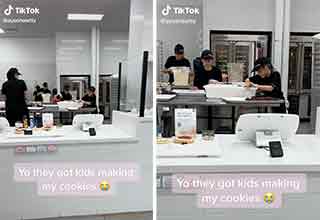