Spencer Dinwiddie's new name is Spencer Dimwitty because this dude is out of it. Like seriously, what world is he living in - asking fans to choose where he 'plays next'.

So the long story short is Spencer Dinwiddie has been attempting to sell 'shares' of his NBA contract and has based this new contract model on how people can buy into a BitCoin. The idea was that fans could 'invest' in Dinwiddie and make their money back as he earns his contract.

Here Dinwiddie talks about his shoe aspirations, new contract models, and other things. And though he technically isn't wrong, what is the incentive for 'investors' to put their money into an asset that stays stagnant, sure he has incentives, but what's his to share those with you?

On the surface, it makes sense, for him. He gets paid his contract in full, up-front, through smaller payments made by fans, ie coin purchases. And over time, as he gets paid out his contract, he would payout the fans who invested in him. But since the value of his contract does not change like a BitCoin what would be the incentive for me the investor? In fact, next year the NBPA is preparing for the salary cap to drop, not rise as it has been.

Fast forward to this past weekend. The Brooklyn guard announced a GoFundMe campaign with a total goal of $24,632,630. The catch here is that when the money was raised, Dinwiddie said he would join the team of the fans choosing.

Well, today the GoFundMe was shut down after raising just $1,150. Spencer Dinwiddie posted on Twitter that they would be donating the money to charity. Which sounds nice, but when you remember someone donated that money thinking they were buying a part of his contract, it's kinda messed up to be giving it away.

And it has since been reported that Dinwiddie wasn't serious about the whole GoFundMe thing after all and that he was, "having a little fun with NBA Twitter". Okay, sure.

Woke up this morning and saw we reached about 100 individual donors and a lil over $1k. We also had some fun with #NBATwitter lol

I’ll be donating the proceeds to @ReadWorks, a 501(c)3 organization that supports remote learning efforts for teachers and students during COVID-19. https://t.co/4YfWAIU0f3

And according to CBSSports, the entire thing was illegal, to begin with. Word is the NBA only let it go forward because they didn't see it being successful. LOL!

Spencer Dinwiddie is trying to crowdfund his next contract and let fans vote on his next team.

No, I'm not making that up.

But don't worry, Nets fans. I detailed the many, many reasons that is illegal below. https://t.co/xZKSAcY5Tw

Does Spencer Dinwiddie think we care enough about where he plays basketball that we’re just gonna fork over 25 mil from our pockets and give it to him...?

Spencer Dinwiddie: “I’m going to let YOU, the fans, determine my next team!”

AGENT: so you did the hard part! You’re an established NBA starter who might make an all-star game someday. Now all you have to do is not get yourself kicked out of the league through multiple schemes about your contract terms involving cryptocurrency

One of the biggest donations on Spencer Dinwiddie’s GoFundMe page was $69 from a Nets fan. That fan’s comment with the donation was “Knicks are Poopiepoopbuttbuttsoup.”

I cannot make this up. 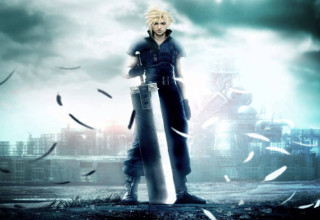