Christina Palmer Anderson confessed during an interrogation that she had been planning her crime ever since caught her husband performing oral sex on her crystal meth dealer.

Anderson told police that she had spent many hours sharpening her teeth with a nail file over the last week, in order to make things easier.

She tied her husband to the bed where she proceeded to bite off (entirely) his penis and testicles, leaving him there bleeding severely while she went into another room and smoked drugs. 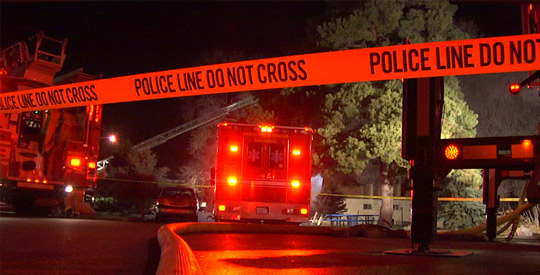 The 47-year old victim named John Maurice Anderson, was able to untie himself and call 911, before he finally lost consciousness. Police and paramedics arrived shortly and arrested Mrs. Anderson. The husband was immediately transported to the Saint Louis University Hospital 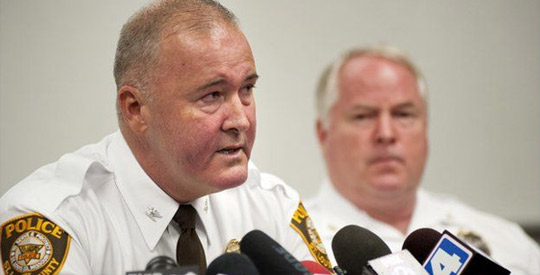 “When the officers arrived on the site, the victim was naked, unconscious and covered with blood. The accused was sitting on a couch, smoking crystal meth with her face and clothes full of blood.

She immediately confessed to castrating her husband, screaming “I bit his d**k off!” over and over again, and bragging about her crime.”

Christina Anderson will face charges of first-degree domestic assault and attempted manslaughter, as well as possession of drugs and drug paraphernalia.

She will undergo a complete psychiatric evaluation before her trial can begin.

Her husband is was put into an artificial coma and remains in a “critical condition”, but the doctors watching him no longer fear for his life. The damage done to his genitals is permanent and will necessitate some serious reconstructive surgery.

** UPDATE: it appears this story is from a satire news site who originated the story and spread it around the net.  Got me hook, line, and sinker those bastards. **