Some people just cannot resist the temptation of an "easy score".   Most of us have been placed in positions of trust by a friend, family member, or employer, and most of us can resist the urge to steal.

A shop owner in Brazil had some customers suggest he install cameras because someone in the store had been seen stealing from the cash drawer.  After a few days of the drawer being a little lighter than it should be, he finally had enough.

With the help of his cell phone (to catch the thief in action and to be used as evidence) and a mousetrap (a suggestion by his wife) he decided to take matters into his own hands.

There's nothing quite as satisfying as watching some instant karma unfold before your very eyes. While I am sure that stung like a b**ch, it's hard to feel bad for someone stealing from a hard working citizen. 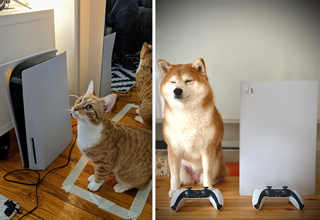