It's finally here! The much anticipated Storm Area 51 (or Area 51 Raid, whichever you prefer) has arrived after months of waiting people are arriving in the small town of Rachel, Nevada for the event.

What started off as a joke / meme / online trolling, quickly turned into an actual event with festivals, parties, music being planned out, even some big brands jumped on board like Budweiser with their Bud Light Alien Brew. 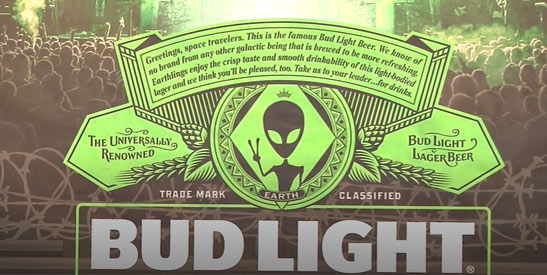 Obviously, we hope no one tries to "storm" or "raid" the facility because besides being dangerous, and highly illegal, the base sits several miles deep inside the gates and entry points. 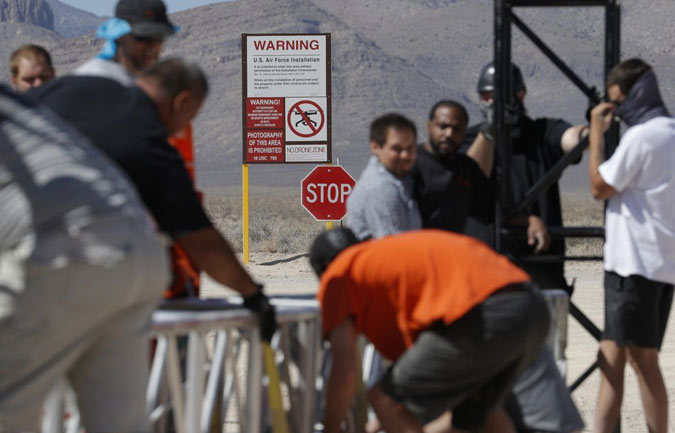 And it's clear that Area 51 Security and Military personnel are  not messing around or taking things lightly. A 20 year old woman was detained after trying to cross the gate.

Hundreds show up at #Area51 gate around 3am. One woman in her 20s tried to cross, but was detained. @News3LV #StormArea51 pic.twitter.com/RSCsESeKz6 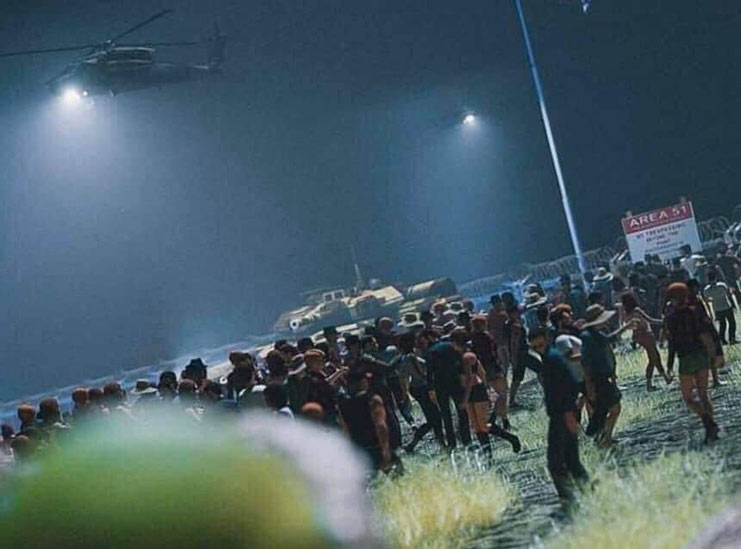 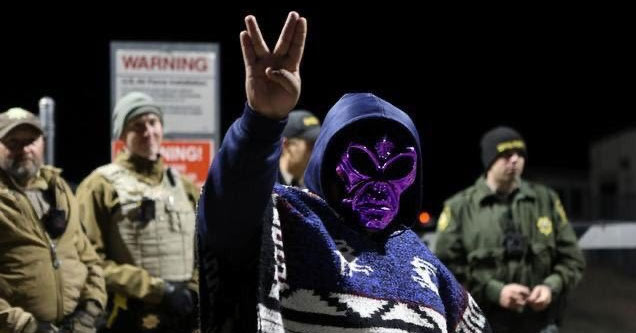 According to Matty Roberts, a 20-year-old California resident and Bakersfield College student who co-created the event, the Facebook page saw little traction during the first 72 hours of listing and then suddenly took off. By July 8th, more than 120,000 Facebook users had RSVPd for the event, and by July 10th, the list of attendees had nearly doubled to 222,891. By July 22nd, the number had once again doubled to more than 400,000 guests. As of July 22nd, the event has garnered more than 1.8 million RSVPs.  -- via KnowYourMeme. 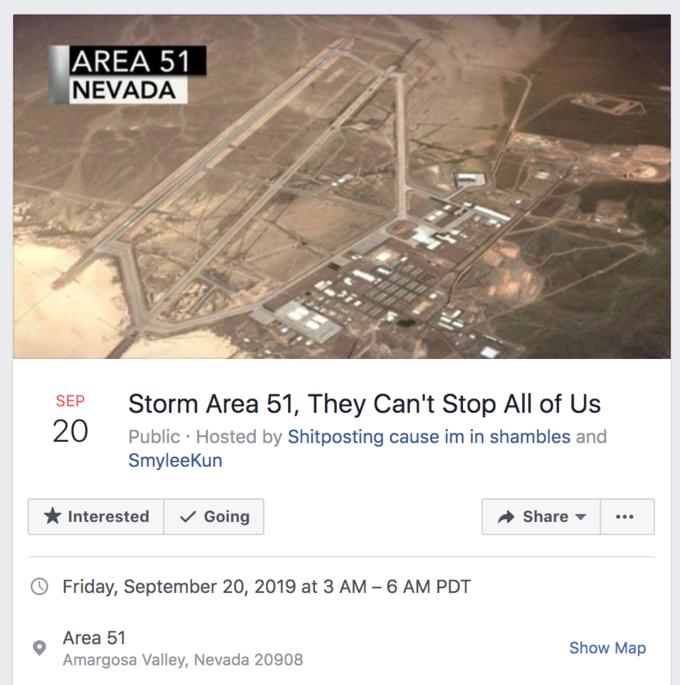 Dozens of entertainers and musicians are scheduled to perform on the 2 stages that were set up at the event also being referred to as "Alienstock". Food trucks, games, and other vendors are attending.

Matty Roberts parted ways with Connie West the co-event planner and is heading to down town Las Vegas for a separate event.  There have been rumors about Alienstock being canceled but KTNV clears up some of the confusion in this video:

Some members of the crowd getting excited earlier this morning lead a group chant about clapping alien cheeks which if you don't know, means to have sex with the aliens.

Check out these funny pics, memes, and reactions below:

Uses of naruto running: to find an alien & keep warm in these intense winds. @GerardNews3LV gets a quick lesson @News3LV pic.twitter.com/lm0GHYJndE

Matty Roberts, the creator of the #Area51 celebration, told @johnnykats that the scene tonight at @DLVEC is "absolutely surreal"→https://t.co/1yTQILrgJF pic.twitter.com/TExGemM72t 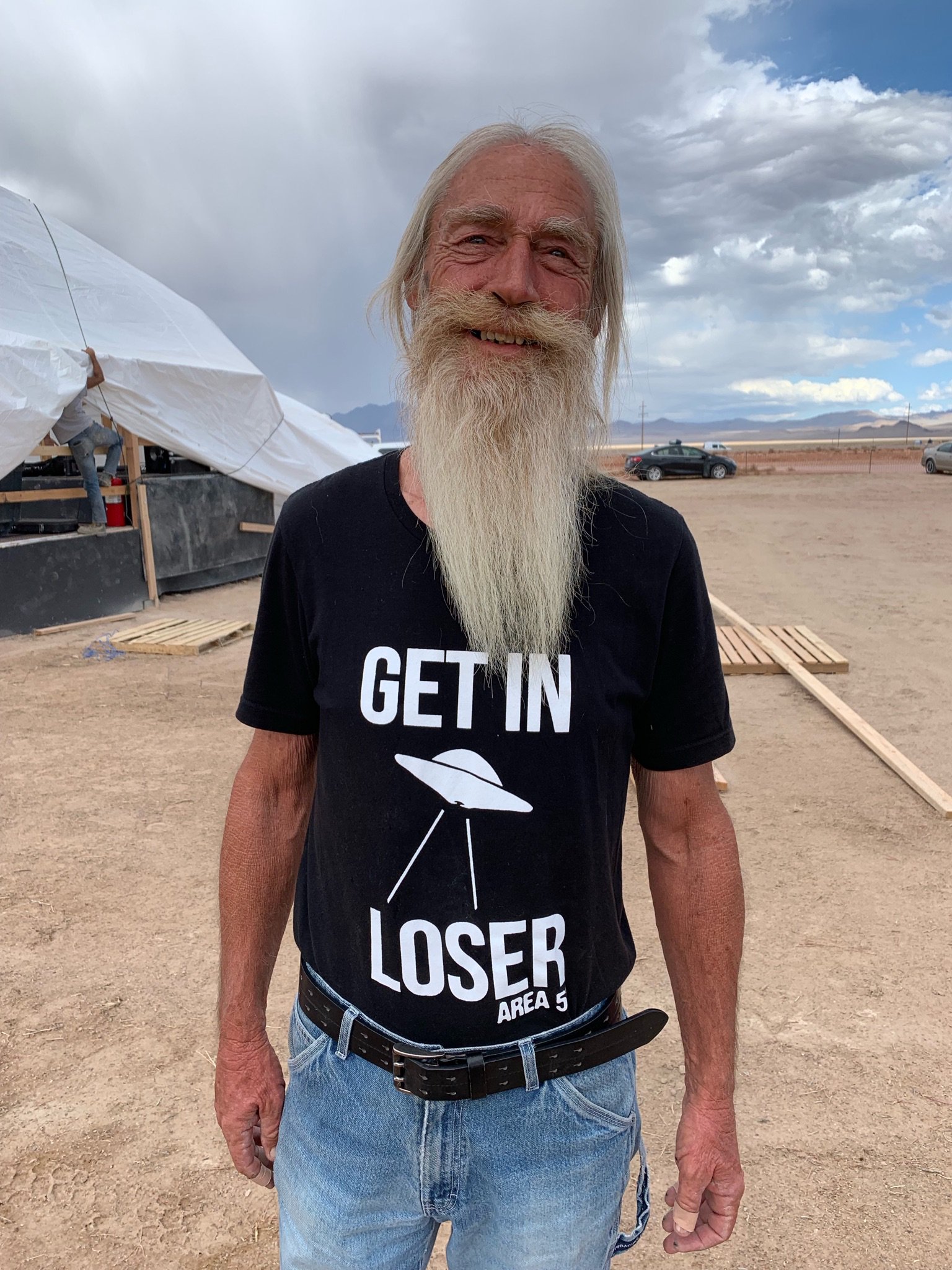 Don't mind me, just enjoying my new ride courtesy of the Aliens! 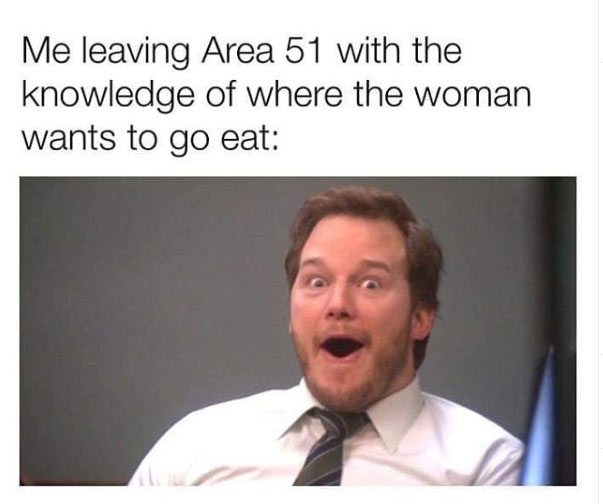 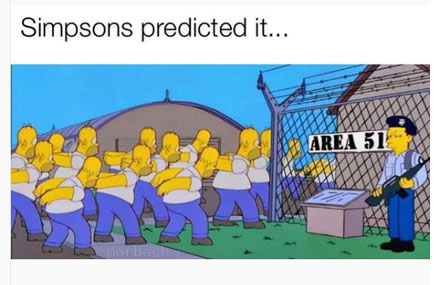 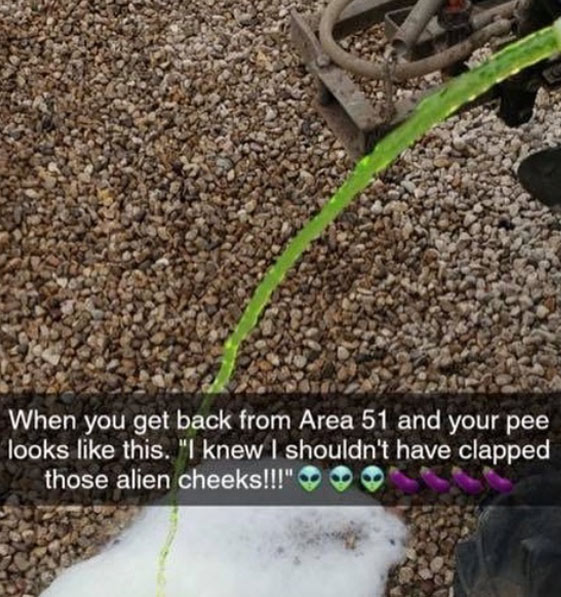 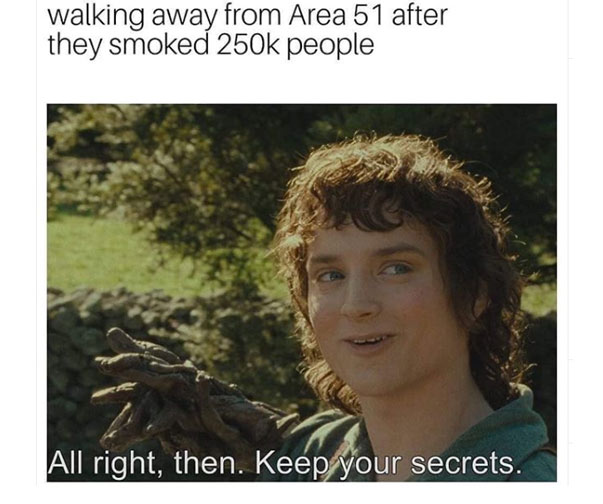 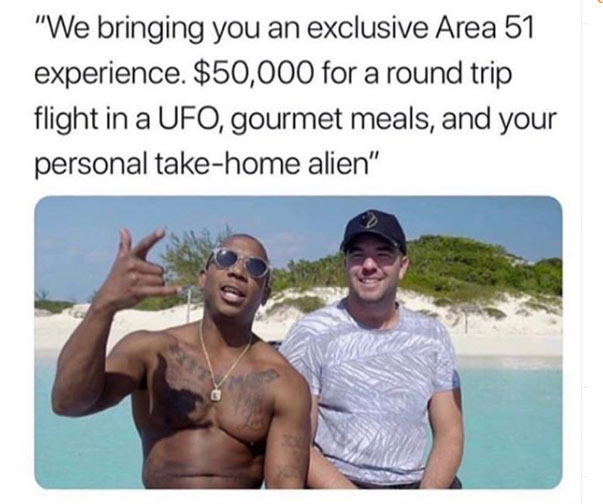 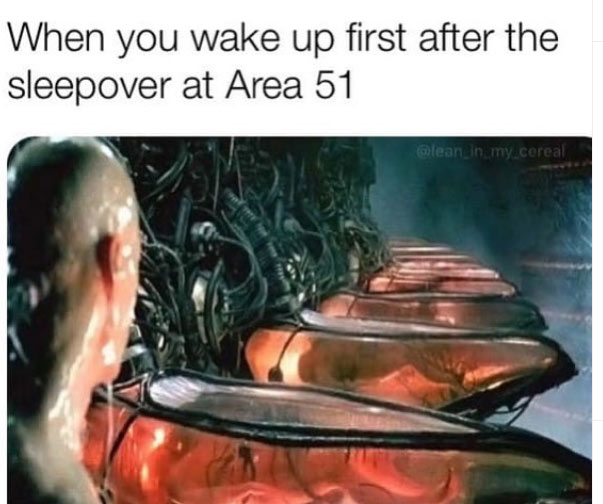 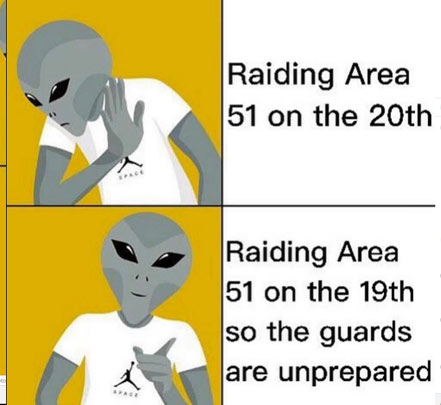 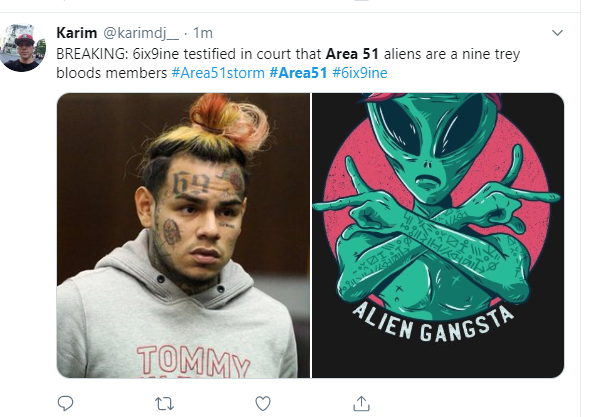 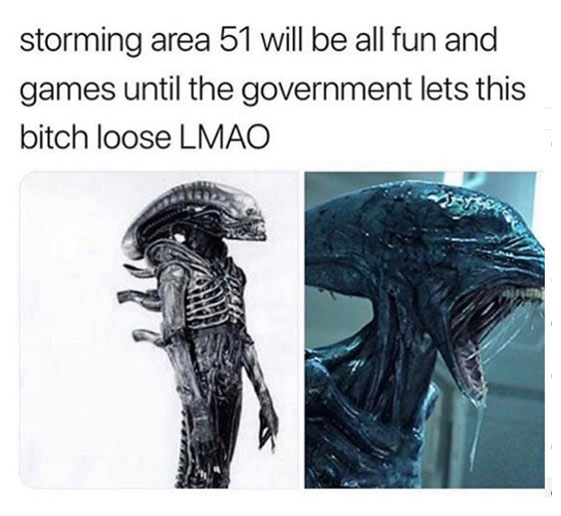 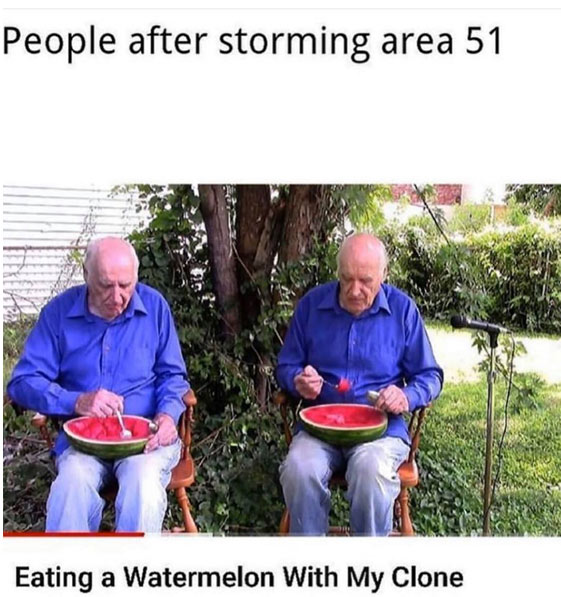 Trying to reach Area 51 as soon as possible! pic.twitter.com/ynxW5Pxq2q

People :"The government wouldn't kill it's 600,000 citizens to protect their secrets."
The Government :#Area51storm pic.twitter.com/DSBMvzvEXg 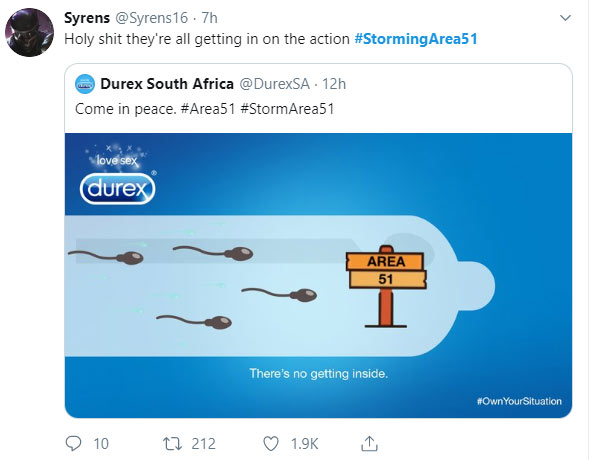 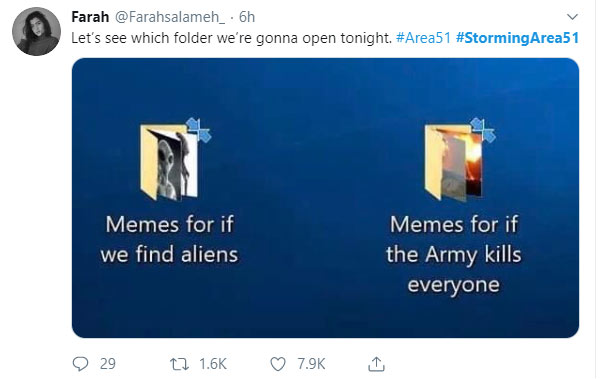 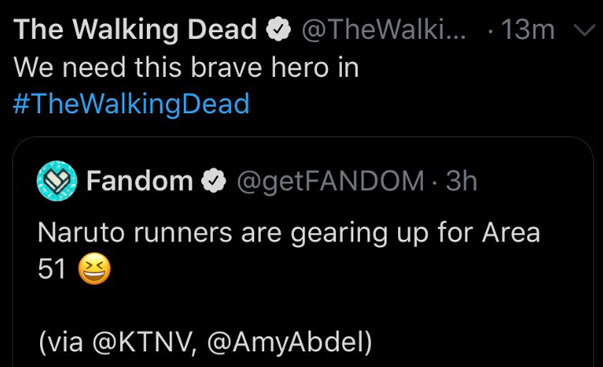 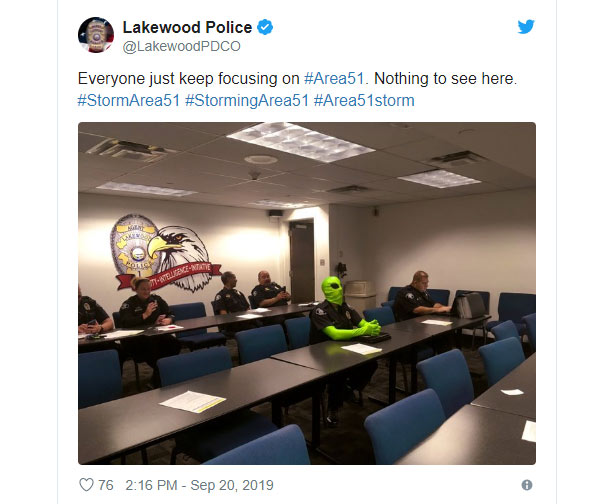 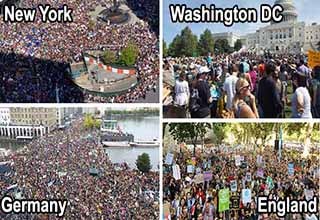 NEXT ARTICLE Photos And Tweets From The #ClimateStrike Happening Worldwide Today