Tuna-gate 2021 is in full effect. According to a New York Times article, lab test results of Subway's tuna came back with "no amplifiable DNA." The lab went on to state that they could not identify the species. However in a separate test conducted by Inside Edition, lab results confirmed that 3 Subway restaurants in Queens, New York are indeed serving real tuna.

who the fuck going to Subway to eat tuna https://t.co/aIpQjlRax8

So real talk. Let's not act like Subway is a Michelin Star restaurant. This is fast food people. Nobody eats Taco Bell because it's authentic Mexican food just like nobody goes to Subway for a gourmet five-star sandwich.

Anybody ordering tuna at Subway has no fucks to give in the first place … https://t.co/tkiN49Wgb5

My question is are these lawsuits and tests for real? Or is this just about internet stardom? Lest we forget the Jensen Karp/Cinnamon Toast Crunch ordeal.

Ummmm @CTCSquares - why are there shrimp tails in my cereal? (This is not a bit) pic.twitter.com/tTjiAdrnVp

The dude claimed to have found shrimp tails in his Cinnamon Toast Crunch box, but the bags had been tampered with and he wasn't cooperating with General Mills by any stretch of the imagination. After the story went viral, Jensen's credibility came into question and he basically went silent.

No real update and I’m not posting about this bullshit all day again. Waiting for the envelope I agreed on from General Mills to send them back pieces and some of a shrimp tail will leave home for DNA testing at Noon. They grow up so fast.

So are these California Karens who filed the Subway lawsuit just trying to shit on the restaurant chain? Are they looking for fame or money? Do we really think if they win, they're ever going to eat at Subway again? Absolutely not.

Here's a simple solution. Don't get your tuna salad from Subway. 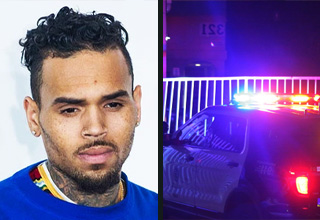