Tampax has gone viral with a single tweet they've apparently been saving for a while. On Monday, Tampax tweeted, "You're in their DMs. I'm in them. We are not the same." The tweet got over 300,000 likes in 24 hours. 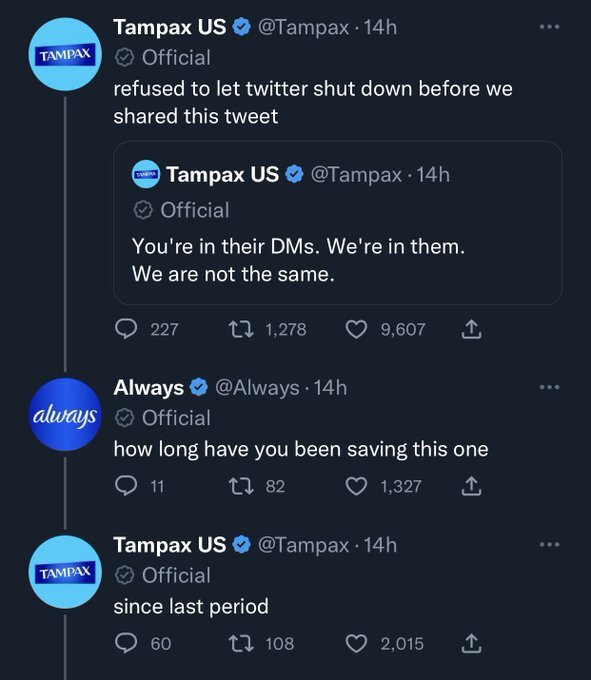 Always, another brand owned by the parent company Proctor and Gamble, followed up the tweet with a comment, "How long have you been saving this one?" to which Tampax responded, "From last period."

This was probably a planned reply, but only so Tampax could continue their joke. And the reception to the joke was positive overall, with people praising the company for being so candid.

It’s a bloody war out there. @Tampax woke up with vengeance this Monday.

Man, Tampax is out here going for blood. https://t.co/MK7mPFvuLG

While most enjoyed the joke with a laugh, some were offended by the offhand tweet, saying that it was in bad taste that they would use their Twitter account in this way.

You are disgusting. As a clinical psychotherapist, I have never seen a company selling products to women publicly mock women in such a degrading way AND then take glee and delight in doing so. Certainly #clusterB behavior #BoycottTampax

Not everyone was ready for that one Tampax, you may have ruffled some feathers on the internet. For your sake, let's hope Twitter doesn't last much longer. 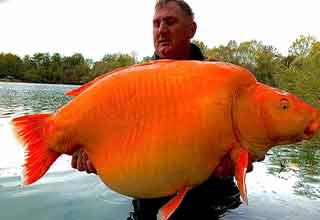