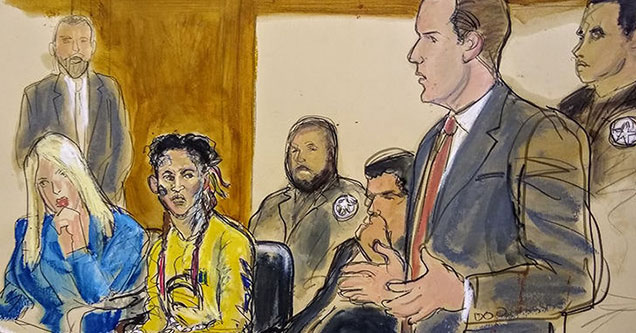 Tekashi 69 took the stand today and testified against New York gang, the Nine Trey Bloods in a highly anticipated event many people weren't sure would ever happen. Many people didn't think Tekashi would make it to see his day in court, but thanks to a court system that was able to protect him, were looking at you DOJ, he made it there safe and sound.

This thread on Twitter, by reporter Matthew Russell Lee, has everything you need and want to read about today's proceedings, but if you don't have the time for a 30+ Tweet thread then scroll down because we have grabbed some of the best bits for you.

We can only imagine what it would have been like inside that courtroom, as Tekashi describes his lyrics and gives the jury and understanding of what he means when he says, "drum". 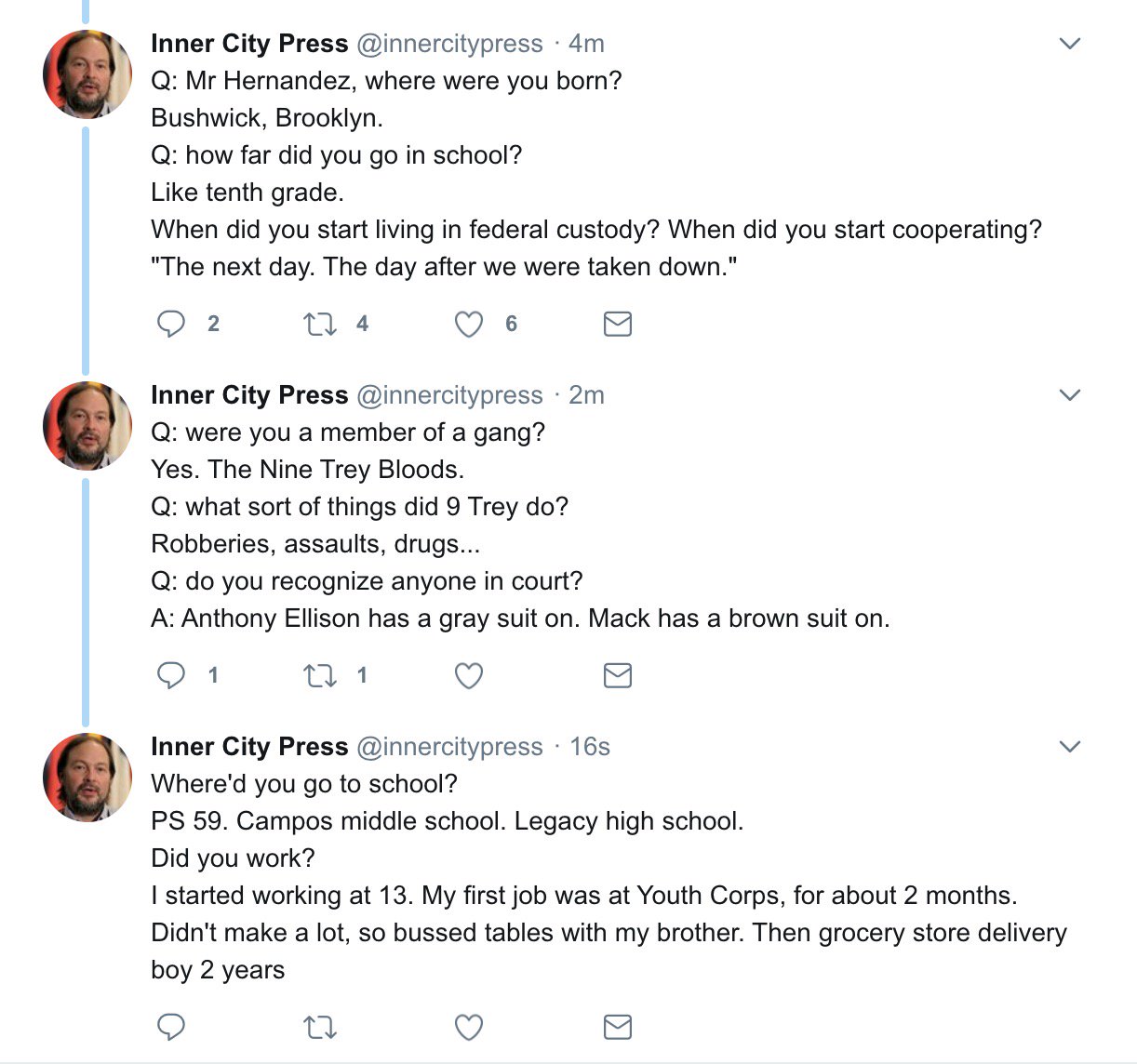 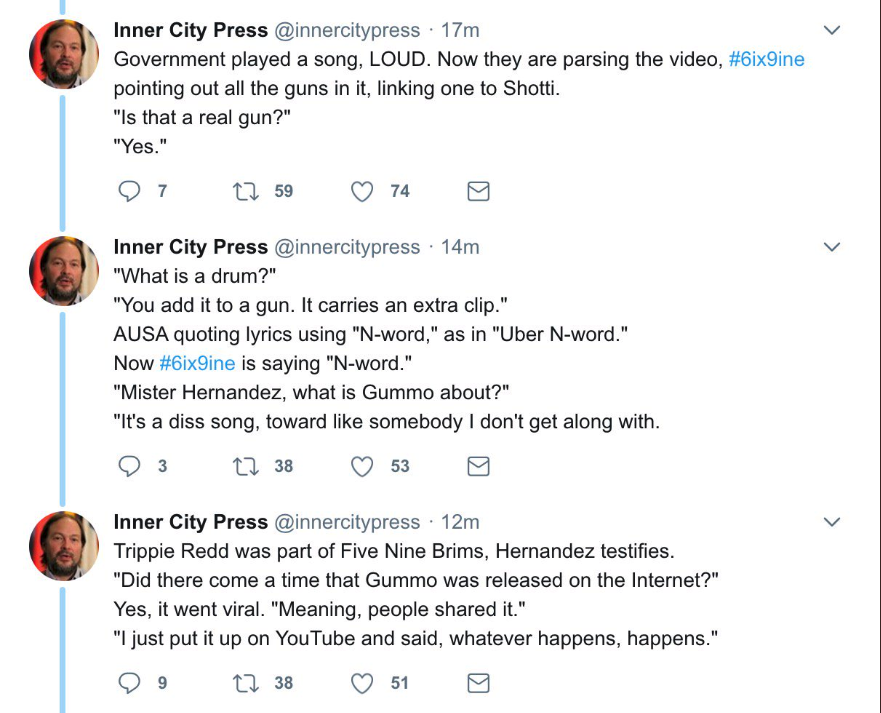 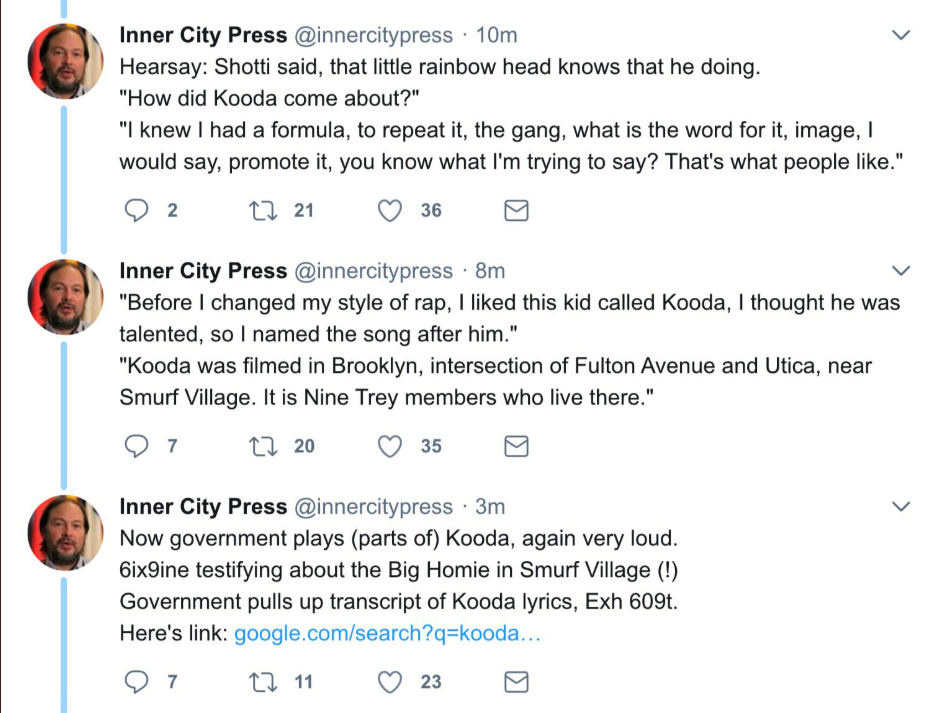 Here is the music video for the song "Kooda" which was played today in court and is referenced above in the Inner City Press twitter thread. After watching the video it's quite shocking that the FBI decided to open an investigation into Tekashi and the Nine Trey Bloods, just shocking.

And here is the video for the song "Gummo".

Both of the videos feature a heavy presence from the Nine Trey Bloods as they are used as a backdrop to up Tekashi's street-cred, and include images of guns, drugs and the many faces of potential criminals. I mean if you were a gang, maybe being featured in a music video, that at the time of this writing has over 250 million views, isn't the best thing to do if you're trying to fly under the radar.

I mean, c'mon guys! Maybe in LA, but in Brooklyn? Nah 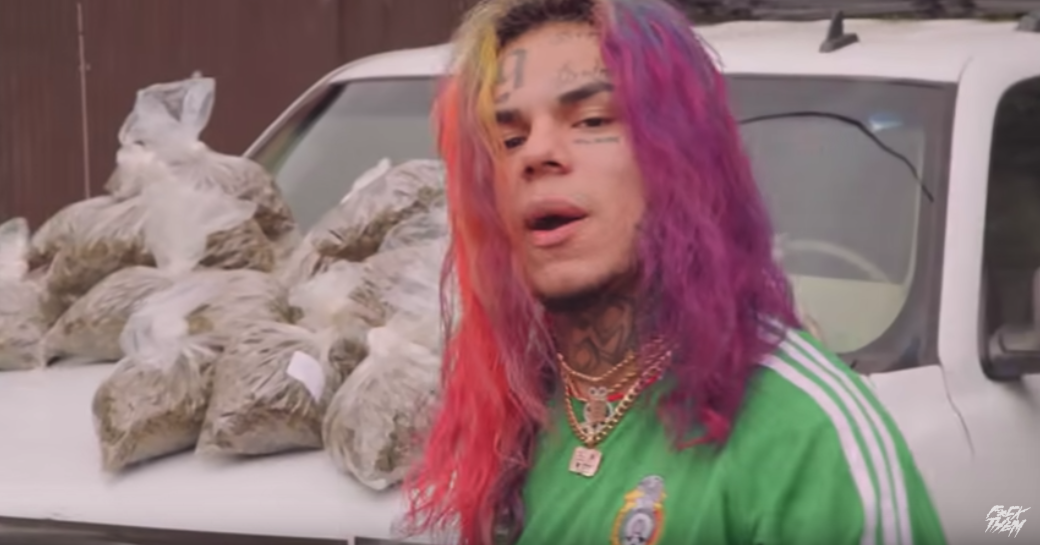 And this 'drum' around magazine cannot be legal, right? I mean seriously i don't know a ton about guns but if it is whatever, but I can't believe it would be! 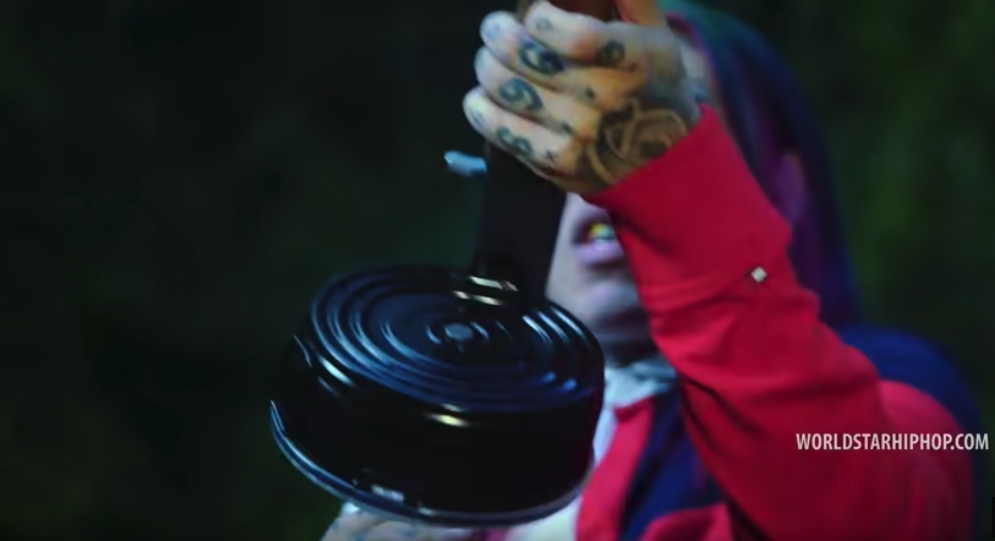 Oh to be a fly on the wall in that courtroom! Now besides all the trail detail and Tekashi's reason for being in jail, the Internet has been waiting for this moment for a long time. It's been over a year since the Tekashi courtroom meme became a thing and now we have the real thing! So sit back and wait for news of a rainbow haired rapper performing at the your local Chili's next year in South Dakota.

Tekashi 69 in court today singing like the ghost of Aretha Franklin. pic.twitter.com/teXa2cBUfr

“Can’t believe Tekashi 6ix9ine is snitching. He’s a rat and I’m happy with going to prison for 47 years” - pic.twitter.com/RyYpQ8QCEV

Tekashi court docs basically paint him as the bankroll for bloods..said his job was to “make the $ and disperse it amongst the gang.” Makes me wonder how many other rappers are in that position currently? 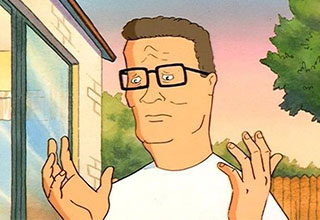 NEXT ARTICLE Steal His Look With The Hank Hill Starter Pack