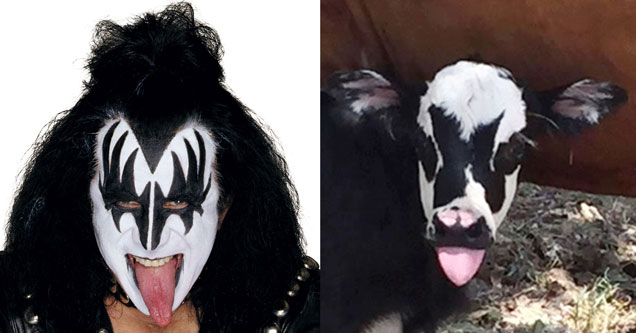 A calf named "Genie" was born on Friday at a ranch near Kerrville, Texas (about 60 miles outside of San Antonio) that bears a striking resemblance to KISS frontman, Gene Simmons. The calf was born to the family of Heather Taccetta, who works a local steak restaurant.

"Where were you on or about November 25, 2016?" tagging Gene Simmons on Facebook.

Simmons is not only aware of the calf, but apparently he's udder-ly thrilled that the lookalike calf was born in his image tweeting "This is real folks!!!"

How long before we start seeing Genie KISS tattoos on dudes that will have to explain what it means for the rest of their lives? 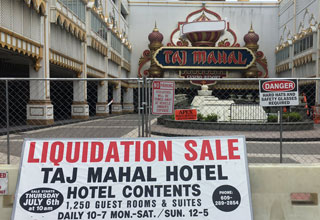