Rebecca Lanette Taylor was arrested Tuesday, January, 24 after allegedly attempting to buy a woman's child at a Walmart in Texas. Taylor approached a woman who was shopping with her two young children in the store, commenting on the older son's blonde hair and blue eyes, and asked, "how much she could purchase him for." The mother then told Taylor to stay away from her and her sons.

NBC News The mom "tried to laugh this comment off, thinking Taylor was joking. Taylor told her that she had $250,000 in the car and she would pay that much for him. (The mom) told her no amount of money would do,” the affidavit stated.

It's hard to imagine what drove Taylor to think it's okay to purchase other human beings. She has some pretty outrageous standards though, blond hair and blue eyes are oddly specific...She seems to have put a lot of thought into this ridiculous notion.

NBC News Taylor allegedly began to scream at the mother, “saying if she wouldn’t take $250,000 for him, then she would give $500,000 because she wanted him and she was going to take him,” the affidavit said.

Taylor had apparently been looking for the perfect child to purchase for months and decided this was her moment. In her mind, it was entirely acceptable to approach a total stranger with $500,000 to purchase their child. According to the mother, Taylor was with another woman who actually knew her son's name and started asking personal questions about him.

NBC News Taylor and the other woman knew the child's name and they began "calling him by his name."

The officer who wrote the affidavit went to Taylor’s residence to question her about the incident. “She told me that she doesn’t like thieves, then she stated I could speak with her attorney and to get off her ‘precipice.’ She slammed the door shut,” the affidavit said.

While Taylor has been released from jail on bond, it's going to be interesting to see what becomes of her case and if she will ever fulfill her month-long dream of purchasing a random child. 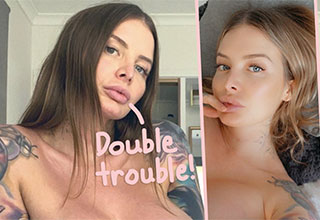