UFO's have long been a topic of discussion due to their "fantastical nature" as well as the shroud of secrecy they've been covered in by Governments around the world. Despite their best efforts to cover this up by denying sighting claims, using secret facilities like "Area 51", and funnelling billions through secret budgets and black projects, it seems like the truth may finally be revealed.

As part of the recently passed 2.3 Trillion dollar Covid-19 Relief and spending bill, the US intelligence agencies have 180 days from the signing of the bill to share what they know about UFOs, give an unclassified report about the aircrafts, as well as an analysis of any UFO data and any possible security threats they pose.

An unidentified flying object spotted near Hawaii on Jan 4th 2021.

John Greendwald Jr the who runs the website The Black Vault, has been investigating UFOs since the age of 15.  Originally, the CIA would only release about 1,000 pages that had been previously disclosed after a FOIA court case in the 1980s. They never addressed the records that were dated in the years after the case.

Recently, Greenwald has published a downloadable archive of every instance of Unidentified Aerial Phenomena (or UAP, the government's classification of UFOS) that has been declassified or cleared through the Freedom of Information Act.  Some of the documents date back to the 40's - the 1990's and discuss UFO sightings/encounters, and the cover-up policies surrounding them.

1/ In this CIA #UFO document, the Assistant Deputy Director for Science & Technology (A/DDS&T) was shown SOMETHING related to a UFO that was hand carried to him. He decided he would personally look into it, and after, he gave advice on moving forward. That advice is classified. pic.twitter.com/PyVEr3zCny

In an interview with Motherboard, Greenewald said around 10,000 Freedom Of Information Act (FOIA) reports were required to obtain the PDFs and the process was an excruciatingly long one. He scanned all of the documents (thousands of pages) by hand.

“Around 20 years ago, I had fought for years to get additional UFO records released from the CIA,” Greenewald said in an email to Motherboard. “It was like pulling teeth! I went around and around with them to try and do so, finally achieving it. I received a large box, of a couple thousand pages, and I had to scan them in one page at a time.”

While it is nearly impossible to prove these are "all" of the documents, it's definitely a step in the right direction towards full disclosure. 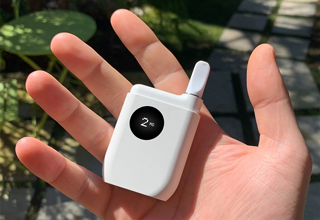