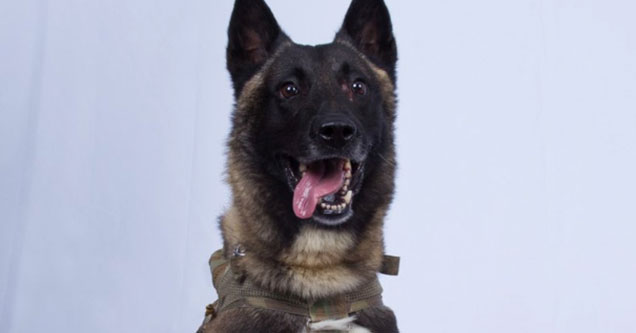 Only America would send a dog to kill the world's most wanted criminal. You hear that enemies of Freedom? We'll sick our good boys on you and you'll never see it coming.

Yesterday we wrote about how the classified dog was set to make a full recovery after suffering wounds when al-Baghdadi blew himself up in a cave. However since then the identity, or at least picture of the dog has been released to the public.

We have declassified a picture of the wonderful dog (name not declassified) that did such a GREAT JOB in capturing and killing the Leader of ISIS, Abu Bakr al-Baghdadi! pic.twitter.com/PDMx9nZWvw

What a good terrorist killing boy this pupper is. He did do a great job killing Islamic extremists didn't you? Whose a good boy? Oh who killed the leader of ISIS, that's right, you did!

Though as things go, many people didn't take the news so seriously, and even went so far to troll the President with memes and sarcasm. 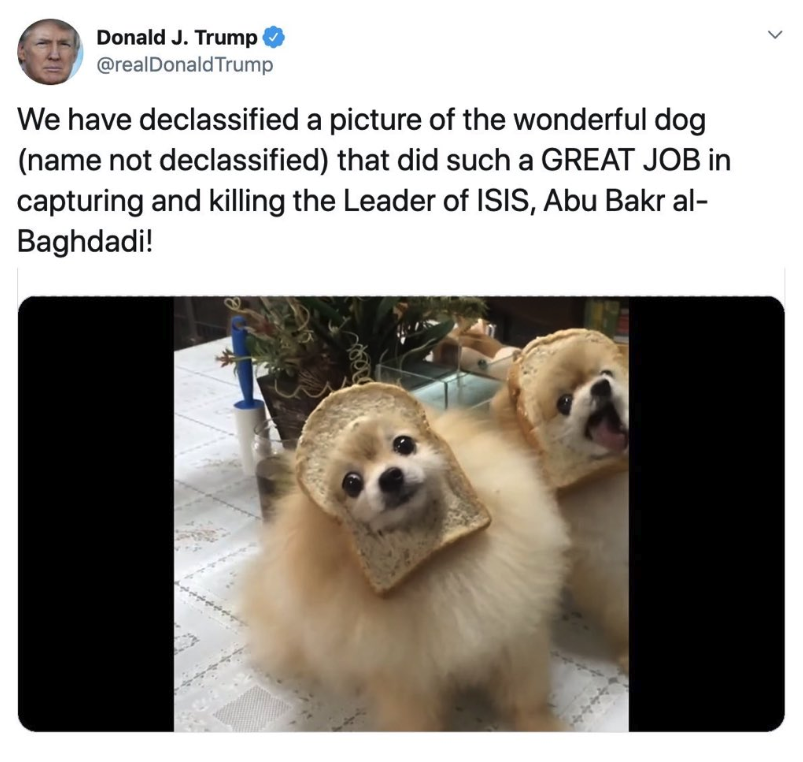 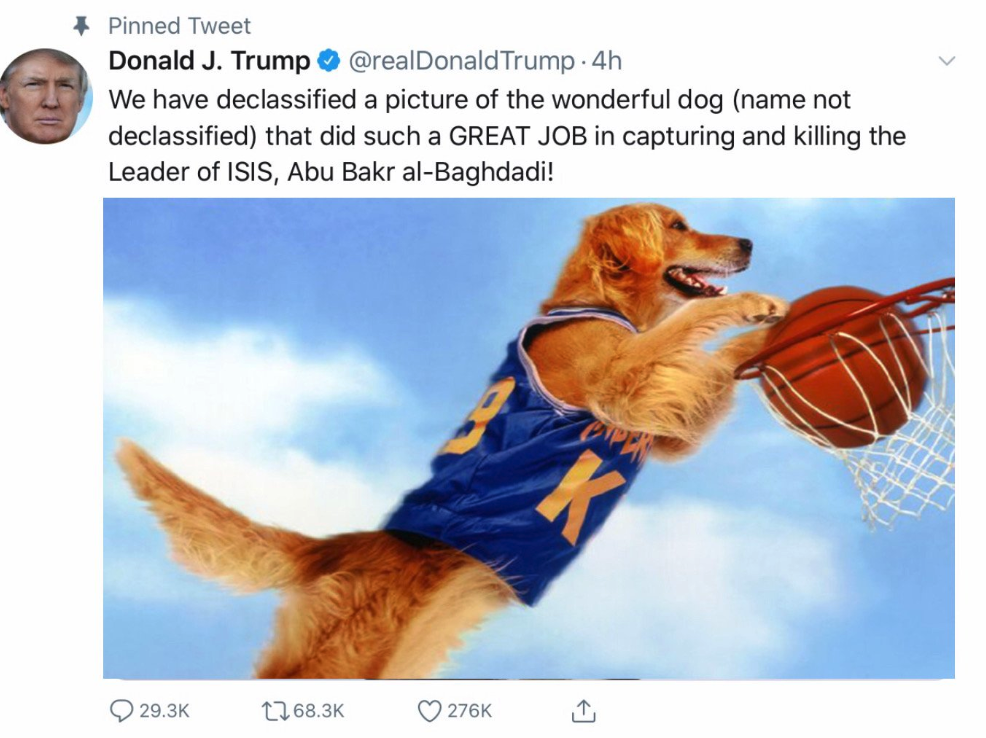 I have declassified this picture of my dog. pic.twitter.com/8AQRxgE5jE 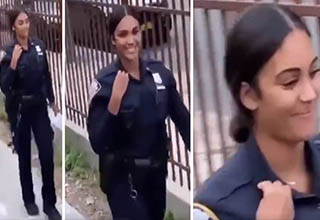