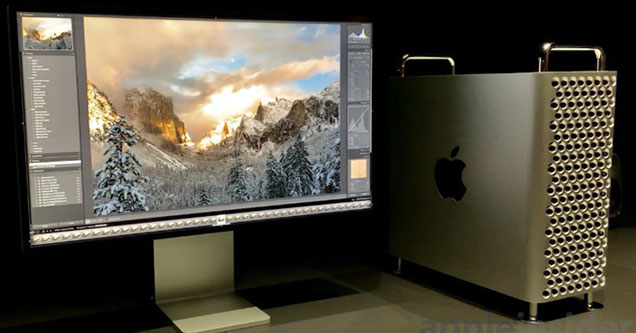 I usually say the same thing every-time Apple introduces a new product or jacks up the price on uses-less ad on and the like, but today I don't have any funny or clever thing to say, and that's because I'm at a loss for words.

Yes, the rumors are true, the specs for the Mac Pro have been released and when all the ad-ons have been added on, all the specs and perks, included, the new Mac Pro will set you back a whopping 52 thousand dollars and that's without a display. 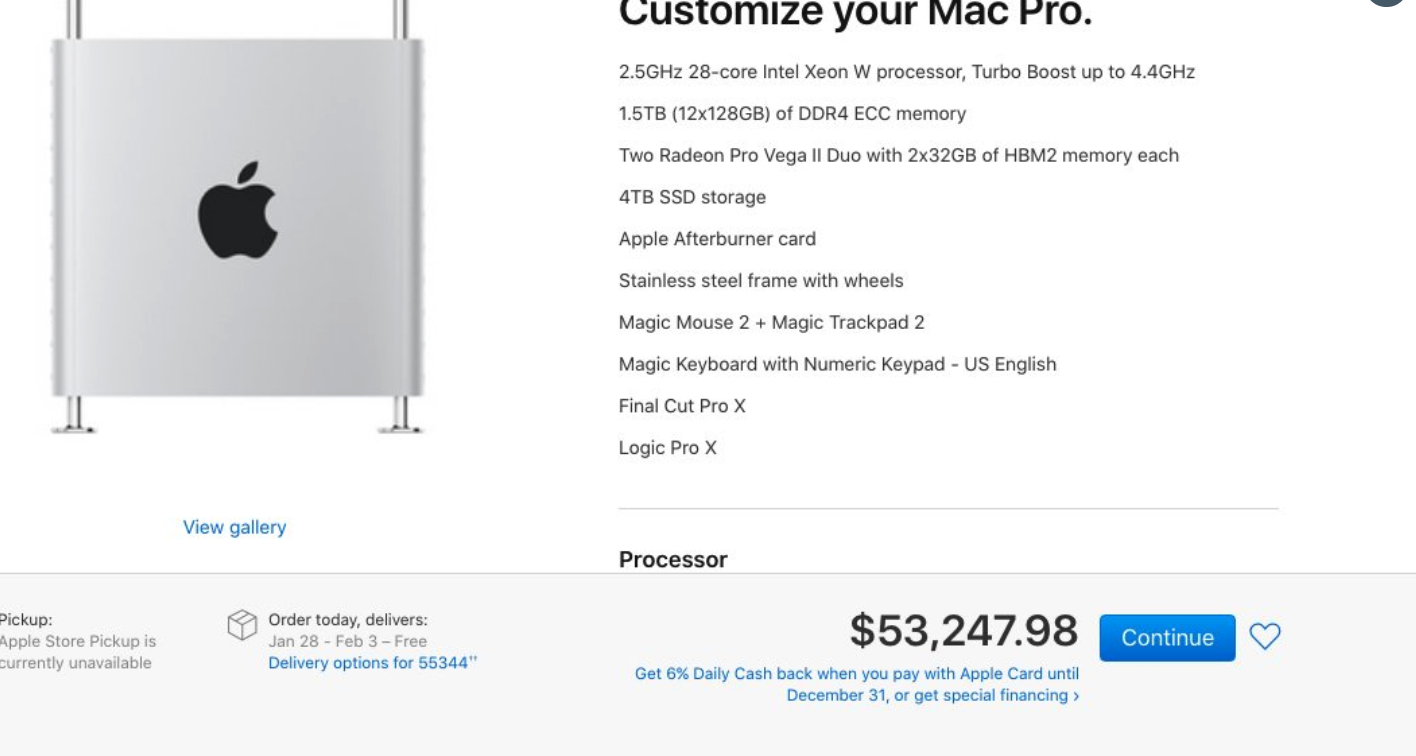 Fifty-two thousand dollars, like real American dollars, not Disney dollars or Apple bucks, but cold hard-mf-cash.  Let us admit we wish this were a joke, but sadly it's not. Apple is letting, rather encouraging it's costomers to pay upwards of 50 thousand dollars for their new Mac Pro desktop computer. Usually this would be funny. We'd laugh, make a meme and move on, but we can't, not anymore.

So here we go, try not to blow your head off.

The first option we have (or don't at the moment) is between the Mac Pro and the Mac Pro. We would have gone more expensive but it isn't yet available. (thanks Apple) 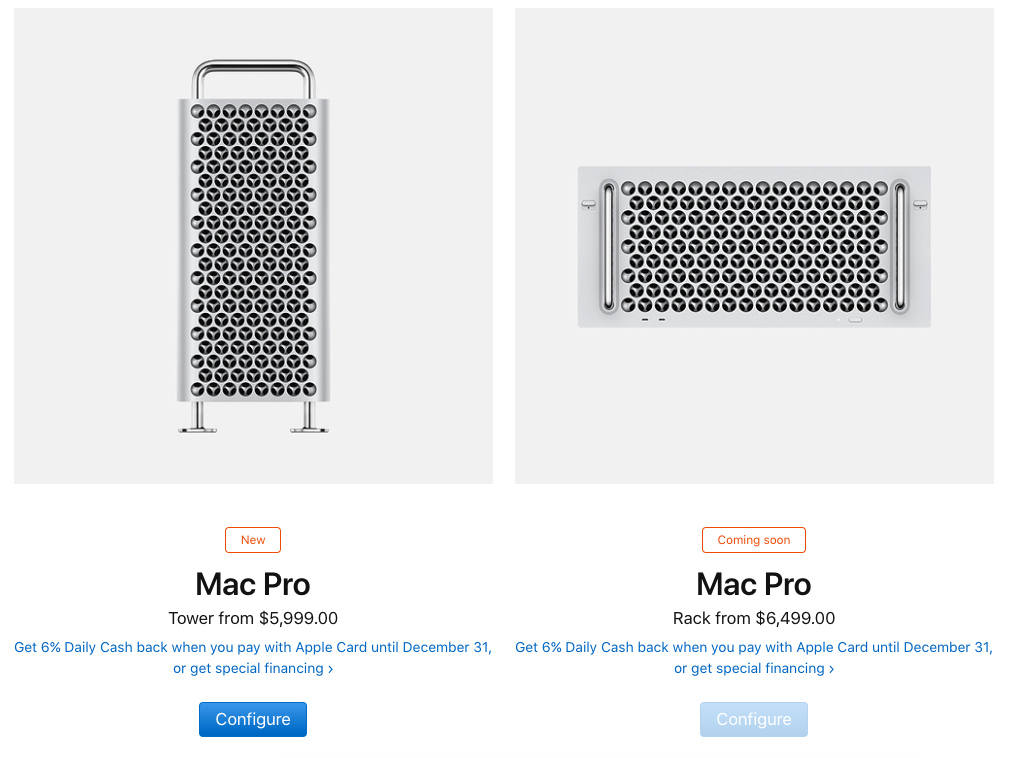 Once, you choose your model, (we chose the less expensive one for $5,999) you get taken to the next screen where you begin to choose your new Mac Pro's processor. 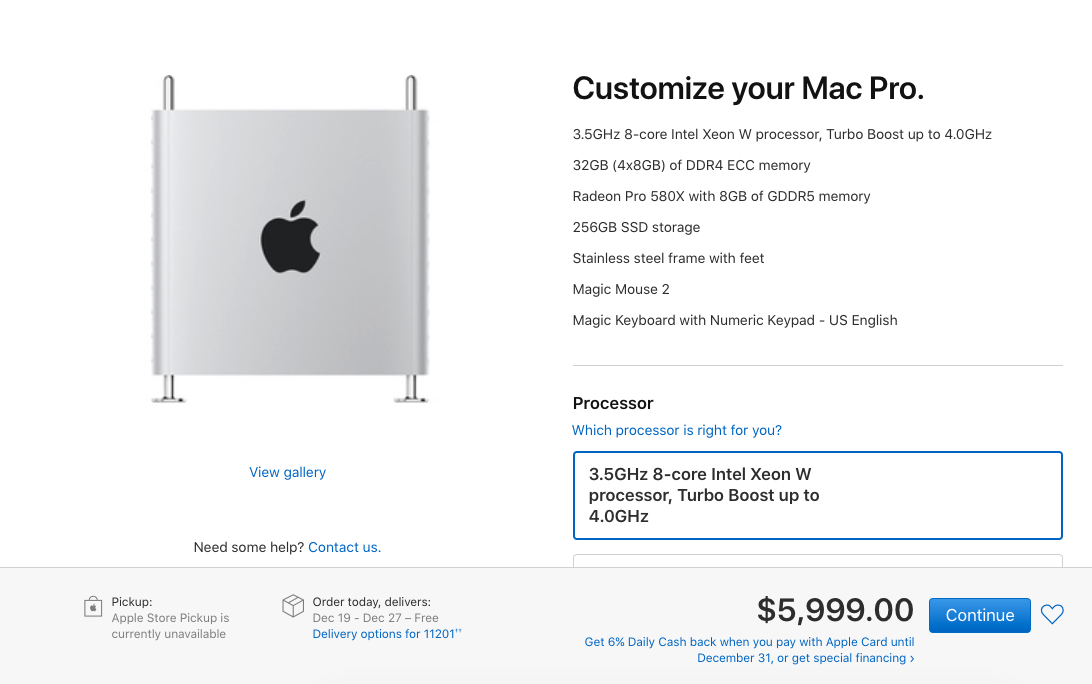 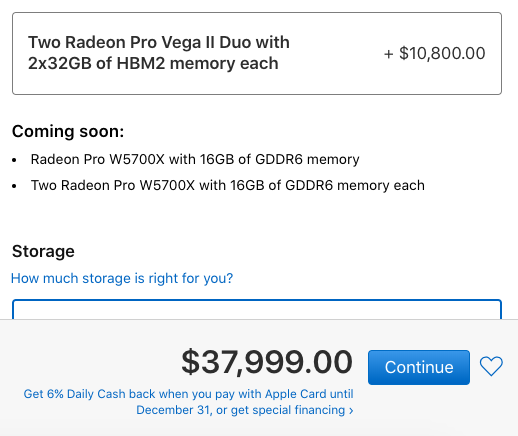 That brings are new price to 37,999. Hey, you can't skimp on quality, and yeah 25,000 sounds like a lot for memory, but you'll need it to story all those family photos on. Now we choose an afterburner card. 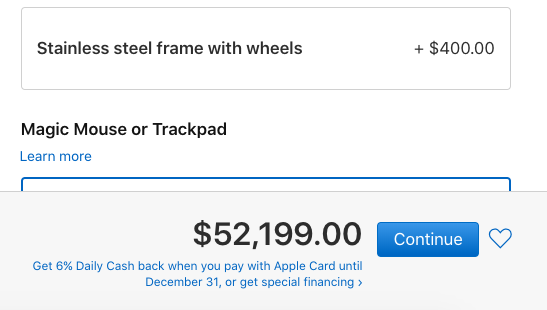 And after adding on some more perks like Logic and Final Cut Pro, we get the final price on our new computer, but remember, this is without the display, so we need to go get that next. Not too bad for a car, I mean computer!

The display is supposedly next level, so it makes sense that Apple would sell it separately, because come on, real computer nerds know why, shocked you'd need an explanation for this. We upgraded to the Nano-texture glass, because why wouldn't we (we're idiots remember).

After the display we need to buy a stand,  because remember it doesn't come with one. You can't have it laying on your desk can you? And good luck finding an aftermarket one that works well, or even fits the screen you bought. What's another thousand dollars when it's all said and done?

Oh and the adapter, can't forget that. You need it to connect the stand with the display, obviously.

Which brings us to our checkout, where we can see our new total. It jumped up a little bit from the 53k total for juts the body and with some tax added on at the end, we're looking at about 64k total for the new car, we mean computer. And honestly, for something this revolutionary, something this cool and user friendly, it's a good deal. 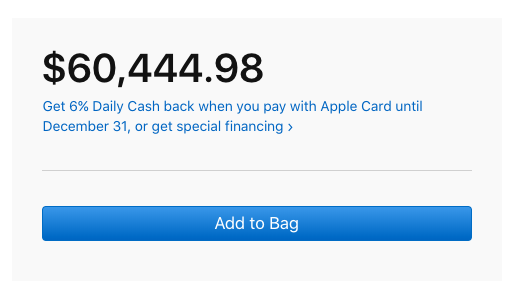 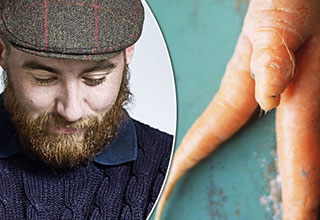 NEXT ARTICLE California Man Officially Has The World's Longest Penis