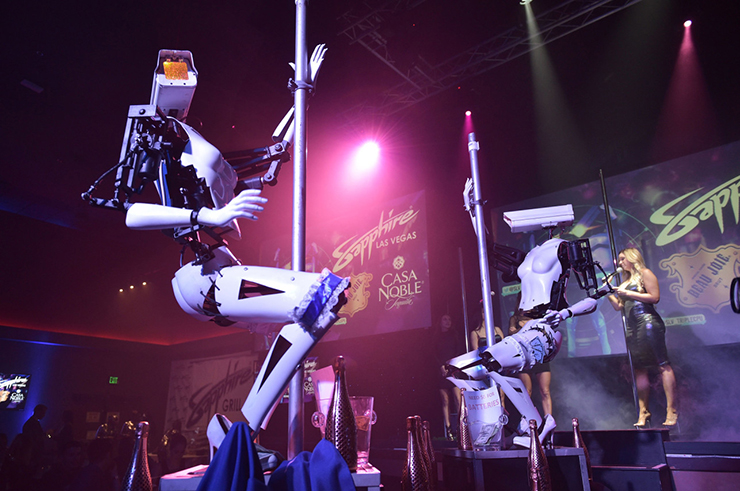 Vegas Robot Strippers R2-DD and Triple CPU grind their gears on the pole.

Wake up, caveman because human strippers are a thing of the past. We, the children of the future, will not throw our nickles at strippers like our grandfathers once did, but instead will spend our singles on robotic pole dancers.

We millennials love tech, and the Sapphire Gentleman's Club in Las Vegas has acknowledged our undisputed need for sexualized machines and have debuted their new mechanized muff-shakers during this week’s CES technology bash.

Although the dancing robots are low-tech by current Silicon Valley standards, it doesn't make them any less sexy for sci-fi sickos. Created by a British artist from scrap metal, old mannequins and CCTV cameras, these lovely bots dance the night away with gyrating butts powered by discarded windshield-wiper motors.

Tech reporter, Taylor Lorenz, live-tweeted her initial responses to these robots as they competed with the fleshies:

Oh they’re pitting the human strippers against the robot strippers now in the spirit of innovation pic.twitter.com/EdgVpqWDdX

But Lorenz eventually grew tired of the novelty and wrote that the robots were "just not doing it" for the club goers. She just doesn't get it, and we don't have to explain ourselves. 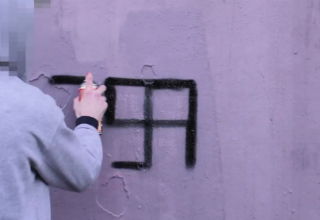 NEXT ARTICLE Nazi Vandals Have to Hate These Graffiti Artist Trolls