Rocky Lockridge, a former boxer best known online for the "Best Cry Ever" video, has passed away at age 60.

Rocky's family confirmed his death on Thursday, February 7th 2019, which was due to complications from a series of strokes and pneumonia.

For the last two decades of his life, Lockridge unfortunately had some drug related problems. He became homeless and suffered a stroke which forced him to walk with a cane.

He was featured on A&E's Intervention TV series, on which he claimed that the intervention and the help of his sons saved his life.

His appearance on the show is noted for a notorious moment where his son Lamar says,

"Because I know, somewhere deep down in my heart, I still love you,"

which caused Lockridge to break down crying hard enough to the point where he was basically just screaming at the top of his lungs.

This spawned the internet meme, "Best Cry Ever"

He also went viral for being the old man that knocked out that dude that got in his face seemingly unprovoked despite warnings from bystanders that the old man is not to be messed with.

This is an extremely rare convergence of memes.  I have seen both of these  videos multiple times over the years, and honestly had no clue that it was the same man.

Rocky, a former boxer was also a two-time world boxing champion. Here's Rocky's famous match vs. Roger Mayweather in 1984, where he wins by knockout in 91 seconds:

It's always a sad day when we hear about internet celebrities passing on, and this one is no different.  Rest in Peace Rocky, and thank you for your contribution to the the internet and the culture that is engulfed by it. 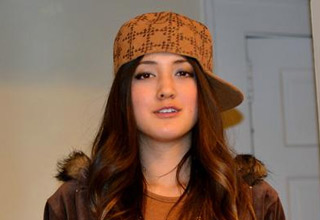 NEXT ARTICLE This Valentine's Day, Name a Cockroach After Your Ex and Watch a Meerkat Eat It