According to Buckingham Palace, Queen Elizabeth II had died. She was 96-year-old and reigned for 70 years, making her the longest-serving monarch in U.K. history. She was being observed by doctors at Balmoral Castle in Scotland when she passed.

Just a reminder that Queen Elizabeth has reigned for 30% of U.S. history.

There has been no confirmed cause of death. However,  Her Majesty had contracted Covid-19 in February, and her health had been in steady decline since then.

Heir to the throne, Prince Charles will now take over as King.

The Wikipedia page editor who waited 1 billion years to change every verb to past tense: pic.twitter.com/LZ4HD3Zb1S

And of course, the internet had plenty to say about her passing. If there's one thing the internet knows best, it's that it's never too soon to start creating memes.

princess diana getting ready to greet queen elizabeth ii in the after life pic.twitter.com/w1mcFsDgZG

princess diana when she sees queen elizabeth ii in the afterlife pic.twitter.com/3y4nMD4Zp7

Me showing up for the Queen Elizabeth II funeral pic.twitter.com/h5Q2GskXkw

As the world reacts to the news, here's what Buckingham Palace had to say.

The Queen died peacefully at Balmoral this afternoon.

The King and The Queen Consort will remain at Balmoral this evening and will return to London tomorrow. pic.twitter.com/VfxpXro22W 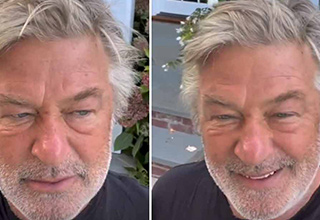 NEXT ARTICLE What Having Seven Children Does to a Person