The Simpsons are no strangers to predicting the future. From Siegfried and Roy's tiger attack, to Facetime, the American ebola outbreak, all the way up to Donald Trump becoming the President, the animated series about a beloved american family has time and time again successfully "called it" in regards to the future.

In an fantasy themed special episode from 2017 titled “The Serfsons,” Marge, Homer, Bart and Lisa, stand atop the walls of a kingdom watching as a dragon flies over head destroying everything in its path with that magical breath of fire. Check out the clip below:

Twitter user "Wurst Pundit Ever" was one of the first to shed light on this prophecy fulfilled.

The Simpsons predict the future yet again #GameOfThrones #Simpsons pic.twitter.com/MvSMaMMv37

With 28 seasons and counting on the air, The Simpsons is undeniably a television phenomenon. It is both the longest-running American sitcom and animated program. The critically acclaimed cartoon is widely recognized as one of the best shows of all time for its hilarious satire of everything from politics to pop culture to everyday life.

Creator Matt Groening and his team have been so on top of the country’s cultural pulse, they’ve managed to predict several major historical events throughout its more than 600 episodes. 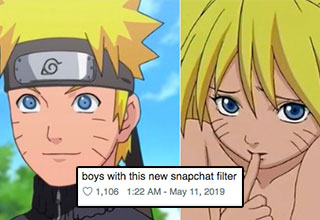