Season two of 'The White Lotus' on HBO is currently airing, and the internet meme machine is eating it up. The murder mystery vacation drama was already a hit after its first season last year, but the second season seems to have more viral moments and more viewers. The thing that stands out most though, is its catchy theme song that’s admittedly - annoyingly - really really good.

me ignoring the skip intro button when the white lotus theme comes on pic.twitter.com/ktyIu1Dxw7

“I wanna sing the White Lotus theme song at karaoke” tweeted @Alice_Wilder. @LouisPeitzman took the time to tweet out the lyrics “White Lotus theme: Woo ooo ooo ooo ooo ooo ooo ooo.” Other people are saying it sounds like a heavenly choir of Thanksgiving turkeys, and that might be the most apt comparison. The ‘Skip Intro’ button on HBOMax seems to go unclicked by most viewers, who all agree the song is a banger.

The song was composed by Cristobal Tapia De Veer, who’s composed themes for many other shows like 'Utopia' and 'Black Mirror'. The track seems to take inspiration from soundtracks like 'A Fistful of Dollars', which sound like they just had a choir singer… make up whatever they want? And it rocks.

Me ignoring the “skip intro” button at the beginning of every White Lotus episode pic.twitter.com/GH9Yt3jtns 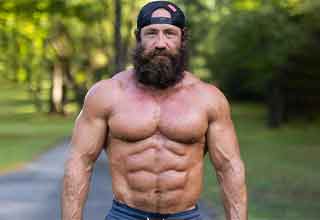 NEXT ARTICLE Leaked Email Claims the Liver King Is on Steroids, No Shit