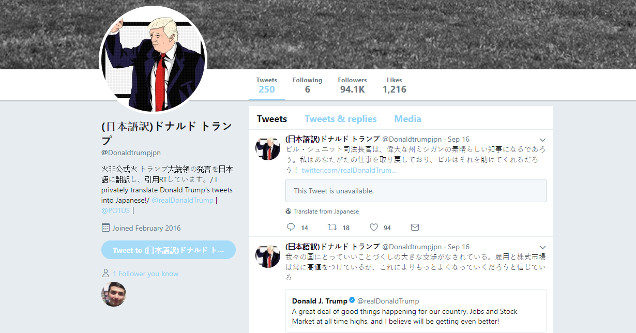 Donald Trump's presidency so far has been a spectacle for the ages. And really, who expected anything less?

Undoubtedly the centerpiece of the week-to-week discourse has been derived from the "real" Donald Trump Twitter account. With over 44.1 million followers and a penchant for transparently posting about his thoughts as a business mogul multi-billionaire turned President of the free world, it's been the direct object of media coverage and dank memes.

But for people around the world who don't speak English, understanding how Donald Trump delivers his thoughts isn't necessarily something easily translated. Google Translate fails to pick up on a major verbal cues that don't cross language boundaries, leaving behind some of the flavor that makes him unique.

One 17-year old Japanese high school senior decided to take it upon himself to translate the President's words into something the average Japanese person can understand clearly. And so he made the Twitter handle @Donaldtrumpjpn where he embraces the challenge of translating all of the Tweets from the @RealDonaldTrump account.

Here are just a few examples: 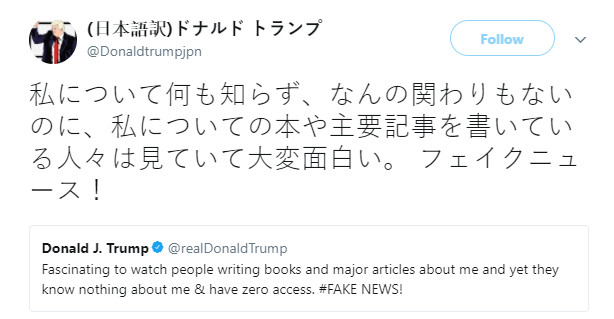 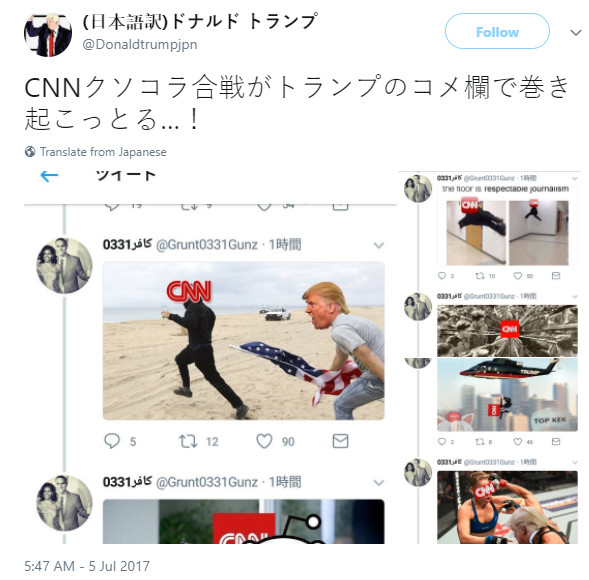 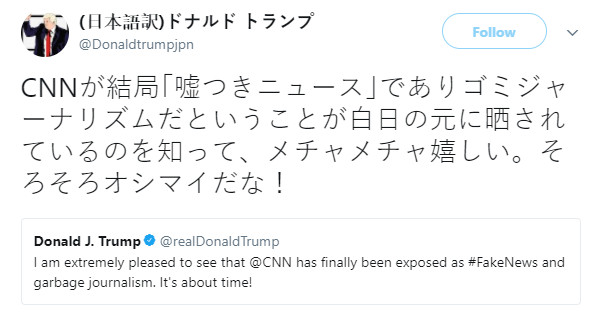 The result has been bigly. As of this week he has over 94.1k followers making him the most popular Twitter translator of Trump's tweets. 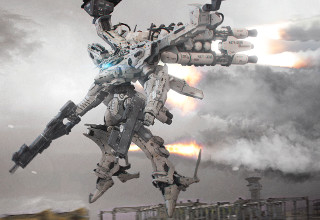