There are few things the internet loves more than a good debate. Like the infamous dress debate from 2015 or the yanny laurel audio problem from 2018. But one thing we didn't expect the internet to care about was math.

However, this tweet from 2019 still has people arguing. Here was the problem, posted on Twitter at the time:

Never has the often-memed acronym for “math,” known as “mental abuse to humans” ever rung truer, as people argued over how this equation needed to be approached.

Some folks wrongly said the “obvious answer” was 16, while most of us math knowers know the correct answer to be 1. 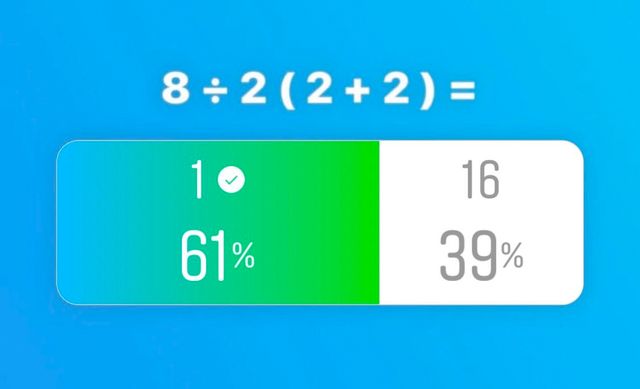 Instagram users weighed in on what the answer should be

Despite dividing the internet like the dress, math problems only have one correct answer. So if you can reach far back into your mind where you stored your PEMDAS memories, together we'll be able to solve this "difficult" bit of arithmetic.

For those who don’t recall, the quick way to remember PEMDAS, which stands for "parenthesis, exponents, multiplication, division, addition, and subtraction" was the nursey style rhyme, "Please Excuse My Dear Aunt Sally." The method is meant to provide a road map for solving equations composed of multiple parts, beginning with addressing whatever lies in the parenthesis portion first.

The equation that broke the internet resulted in several news outlets like the New York Times trying to figure out what the heck was its purpose, many mathematicians claiming that it wasn’t even real math. One Associate Professor of Physics at Southeastern Louisiana University, Rhett Allain, compared the phenomenon to the spelling of words like “grey” or “gray” concluding that this was rather a “convention” or something that can have multiple answers and still be correct. How’s that, teach? 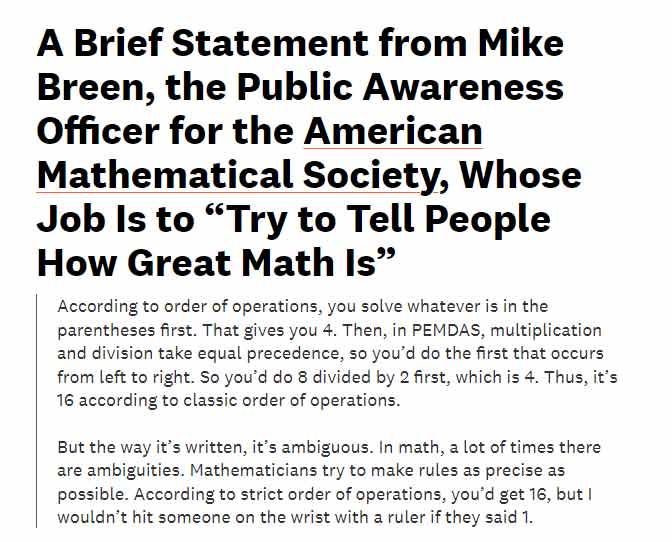 And finally, the nail in the coffin: 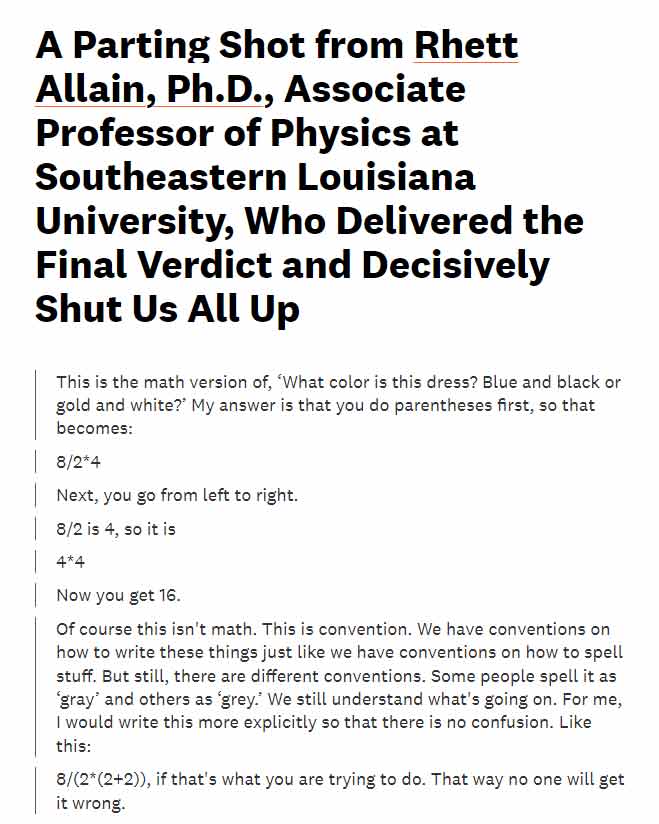