The Buccaneers quarterback, Tom Brady, has recently stepped away from his position in the NFL without much explanation. Todd Bowles, Tapa Bay's couch, said he is "attending to personal things", which has left fans speculating where Brady actually is.

The fantasy football analyst, Kendall Valenzuela, has come up with the theory that the football player has been filming "The Masked Singer". The theory has some weight behind it because "Masked Singer" is part of Fox Network which Brady just signed a deal with the company's Fox Sports section.

Where in the world is Tom Brady? We have a theory pic.twitter.com/zUvopoaCwM

In her video, Valenzuela says Rob Gronkowski and Antonio Brown, Brady's former teammates, were both on "Masked Singer". She also says Bowles mentioned that Brady's absence has been planned since before preseason training.

So far there is no proof to Valenzuala's theory, which she also admits is "just a theory" and "just for fun".

When asked when Brady would return, Bowles said, "We’ll talk about it next week. Not concerned about it right now. We’re trying to practice against Tennessee and play a game. I said ‘sometime after Tennessee.’ There’s no definitive date for me. But we’ll check on it, we’ll keep in touch and we’ll find out."

Brady probably just needed some time off to rest his pipes for his big musical number. 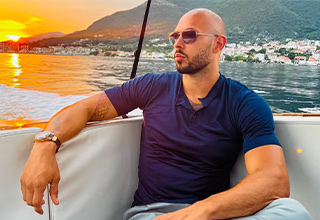