Just about a week removed from the destruction that rained down over several states in the American south, the survivors of the now dubbed "Quad State Tornado" were submerged in fear, anguish and sorrow as they looked over the rubble of their homes.

In the wake of the quad-state tornadoes that wrought unprecedented damage across Kentucky, Missouri, Illinois, Arkansas and Tennessee, killing nearly one hundred people with more than a hundred more still missing, survivors have begun to pick up the pieces of their upended lives.

Kentucky man Jordan Baize plays the hymn, "There's Something About That Name" on piano inside the wreckage of his home in Bremen, KY.

The family of tornadoes, now dubbed the Quad-State Tornadoes, were spawned by a trough -- an area of lowered atmospheric pressure -- moving east across the midwest and southern states and colliding with "unseasonably moist" climates, producing unexpectedly powerful storms.

In a now widely-circulated clip originally shot by redditor u/yarngod's dad from their front porch, we can see just one of the powerful tornadoes that laid waste to so much of The South.

As residents stumble over the ruins of lifelong homes, picking through the rubble for fragments of their lives, inspirational stories of neighborly compassion filter out of the madness. Donations, food drives and volunteering are in full force to help folks in need. If you're looking for a way to help the victims of the quad-state tornadoes, please take a gander through this page to find out how to be of service to those in need.

Jim Finch drove from a few towns away with food, water and a grill he set up to start cooking some hot food for the residents of Mayfield, KY.

On top of the severe death toll, the Quad-State Tornadoes have rendered nearly 1,000 families homeless and tens of thousands of homes without power. Flooding, severe rain and snowfall and high winds buffeted other areas in the affected states, creating a huge spike in road accidents and other non-tornadic damages.

Storm Chaser Nick Gorman gets footage up close with one of the terrible Kentucky Tornadoes and even offers a ride to a stranded resident along the way.

Some have speculated that the specific Quad State Tornado that laid waste to Mayfield, KY may be one of the longest-lasting tornadoes ever. Researchers at the National Weather Service in Pudacah, KY have calculated that the tornado annihilated a 128-mile stretch of land after touching down in their jurisdiction, meanwhile similar weather stations in neighboring areas are busy looking at whether the tornado indeed remained ground-borne throughout it's journey through the rest of the states. If so, it would constitute the longest-traveling tornado in US history, surpassing the 1925 Tri-State Tornado.

Hundreds of volunteers have descended upon the town of Mayfield to provide whatever support they can.

The Quad State Tornadoes have destroyed countless homes and laid to waste almost all of Mayfield. Heart-wrenching photos showcase a post-apocolyptic nightmare, with whole neighborhoods flattened and disintegrated into incomprehensible rubble. 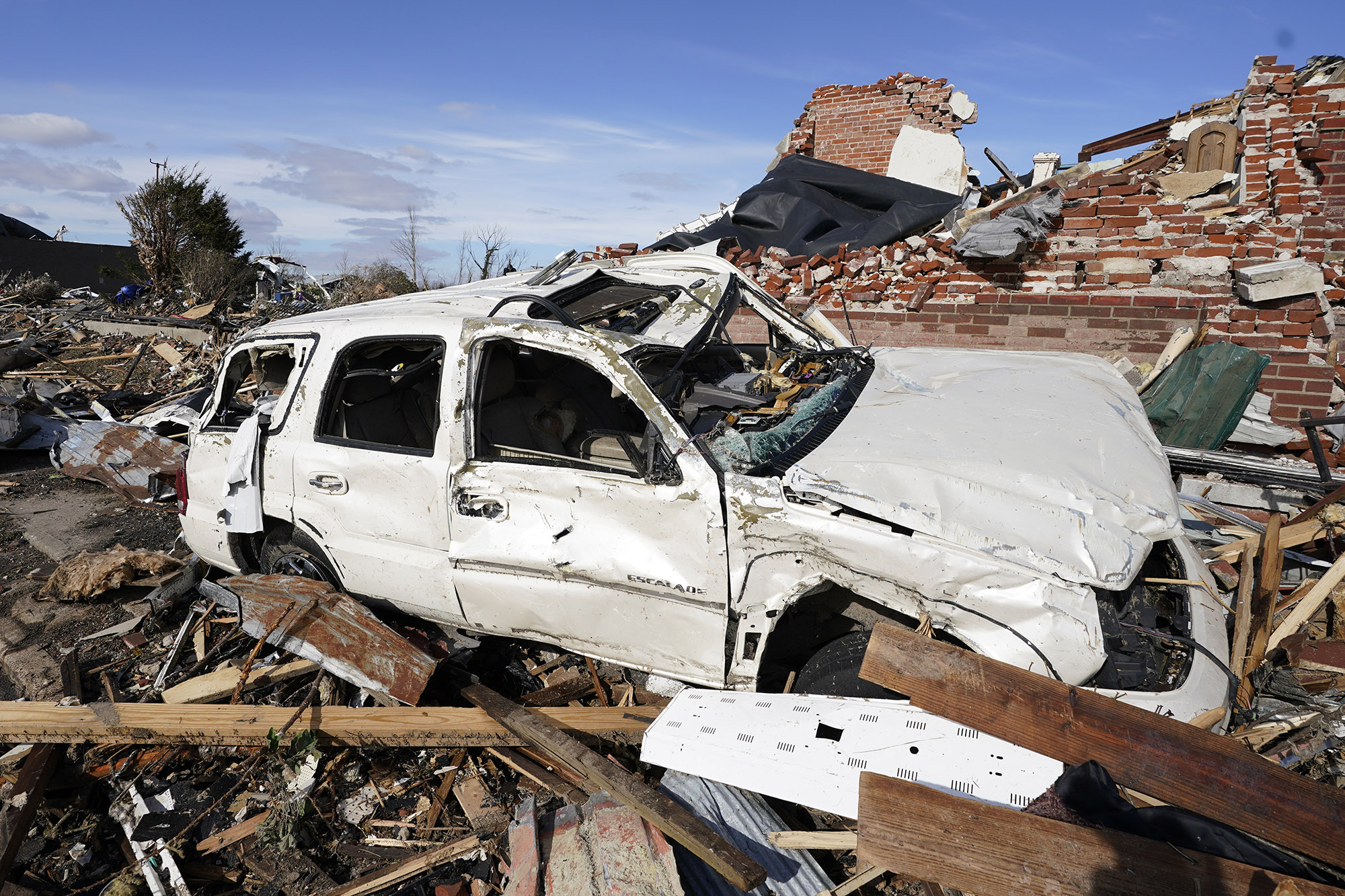 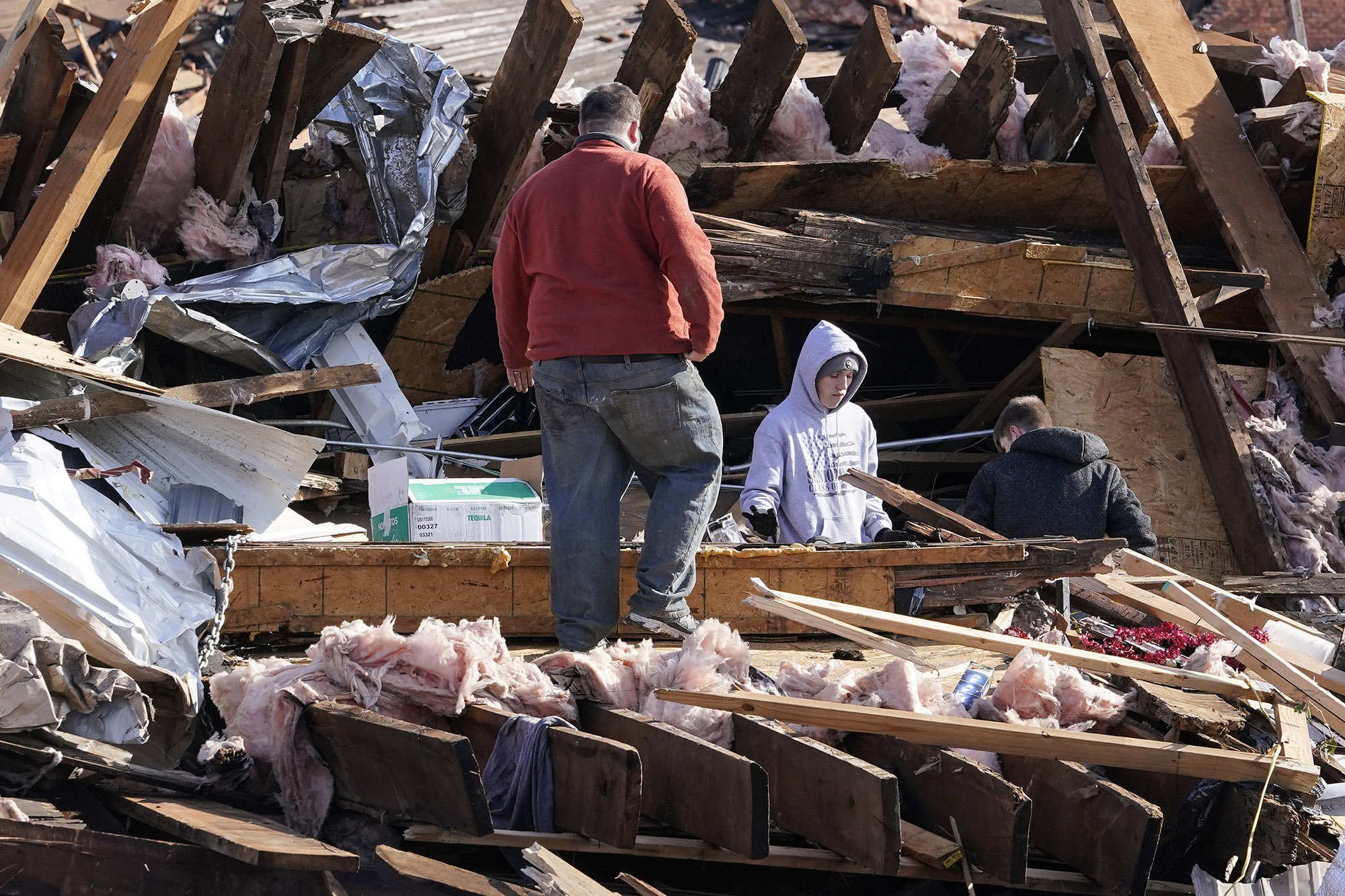 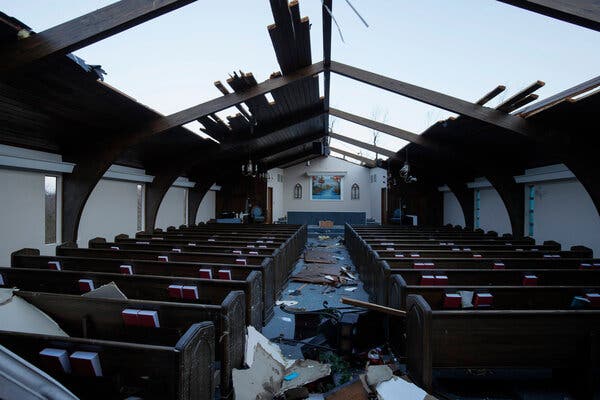 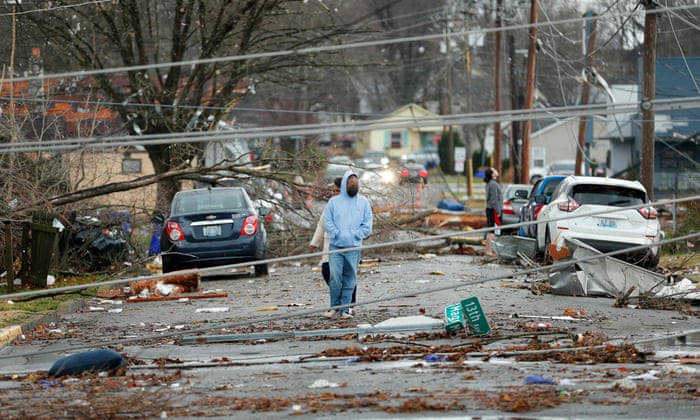 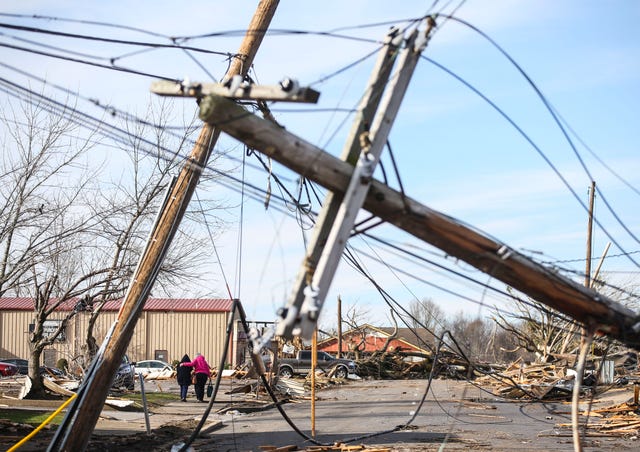 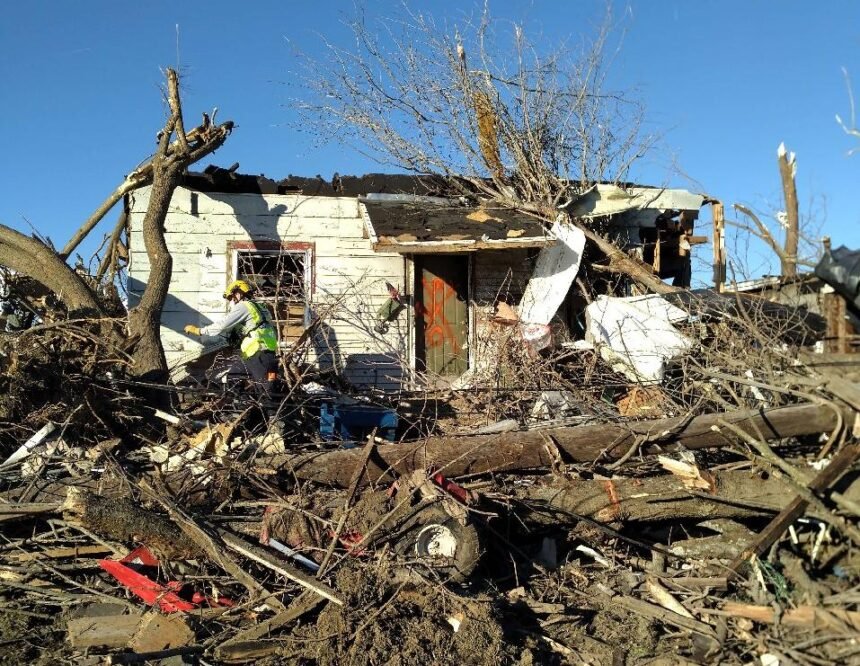 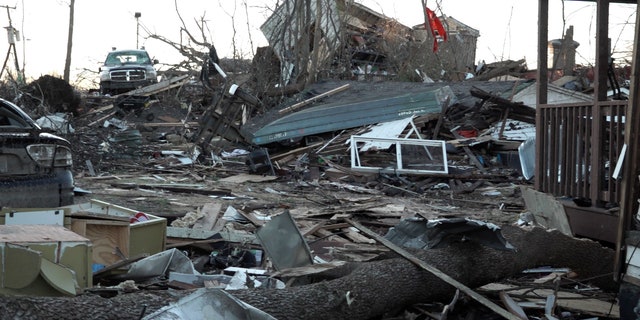 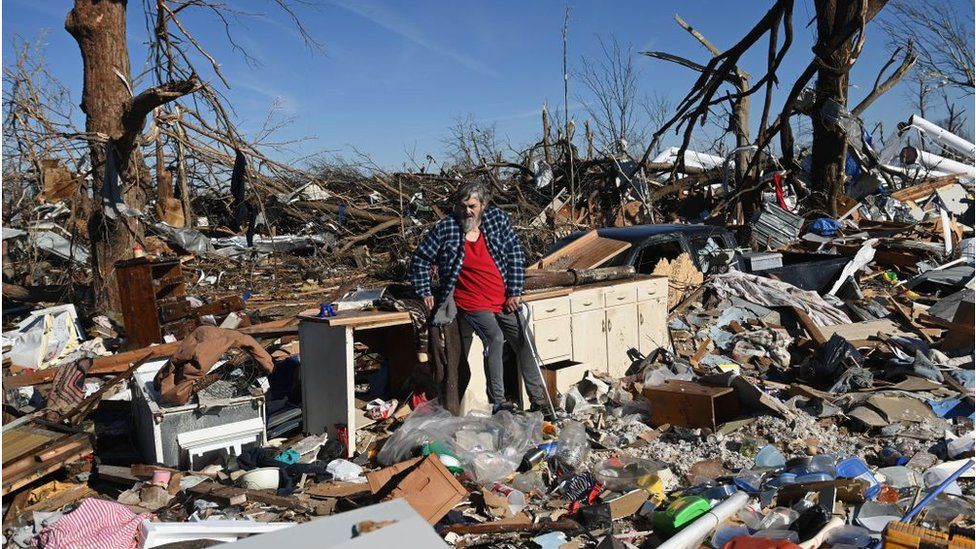 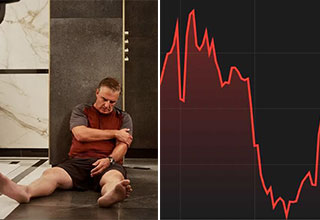