Researchers have created a tobacco plant that contains a significant amount of cocaine in its leaves, and the internet is rejoicing. “SOMEONE ON DARKNET NEEDS TO FUND THE DEMOCRATIZING OF THIS ASAP ASAP ASAP” tweeted @0kultra, pointing out the gold-rush potential of the new super drug.

Sheng-Xiong Huang and his fellow researchers at the Kunming Institute of Botany in China broke down exactly how coca leaves produce cocaine, and applied their findings to genetically modify a tobacco plant. This is purely for research purposes, but cig smokers who also like to ride the snowy slopes are thrilled, particularly on Twitter.

“Smoking is officially cool again” tweeted @onionweigher. @ctjlewis commended the scientists tweeting “which one of you somehow got a grant to do this. Round of applause.”, adding later that a cigarette that is also cocaine is “the ideal drug” @singarredyam pointed out that it’s a perfect “season finale” for the batshit year that 2022 has been.

The researchers have pointed out they can’t yet produce the leaves in massive amounts. However, if they ever get to that, it’s fair to assume 2023 will be the year of “tabaccocaine” -  a glorious, smoked-up, coked-up dumpster fire. 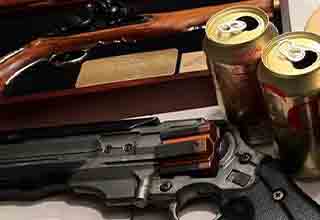 NEXT ARTICLE Elon Musk Sleeps with a Toy Gun