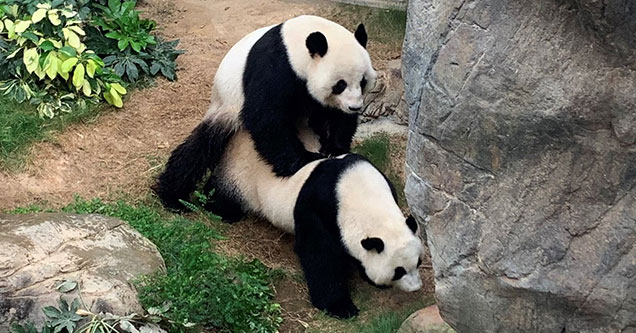 For the last ten years zoo-keepers at the Ocean Park Zoo in Hong Kong have been trying to mate two of their pandas, Ling Ling and Le Le. Though over that time their efforts have mostly been for nothing - we'll it looks like that may have changed.

It appears that Ling Ling and Le Le were just waiting for the right moment to consummate their relationship. What directors of the zoo tried to get these pandas to do for ten years, was ultimately up to the pandas.

Ocean Park says its resident giant pandas Ying Ying and Le Le have mated naturally for the first time since they started trying a decade ago.

I mean, check out the stoke game on this guy. We're guessing the ten year wait was well worth it. And for those that want video, we have that too.

Giant pandas Ying Ying and Le Le succeeded in a natural mating, @Ocean_Park has announced. "We hope to bear wonderful pregnancy news to Hong Kongers this year and make further contributions to the conservation of this vulnerable species," the park's Michael Boos said. pic.twitter.com/yJCpCdVHeK

Honestly, it looks like dude is holding on for dear life. That panda snatch must be top notch. Right? I mean look at dude go! and though this news is good and well and wholesome, not everyone on the Internet thought so. Some people were upset that the whole world had a front row seat to this love cruise. Anyways, here are some funny tweets. Go panda go!

cmon man have some respect for their privacy pic.twitter.com/1LfO4vRipu

All she wanted was a back rub 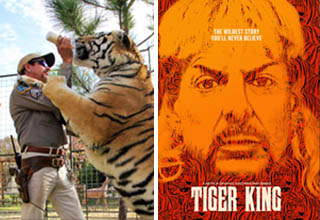 NEXT ARTICLE 'Tiger King' Has a New Episode Coming Soon, Possibly Even Season 2