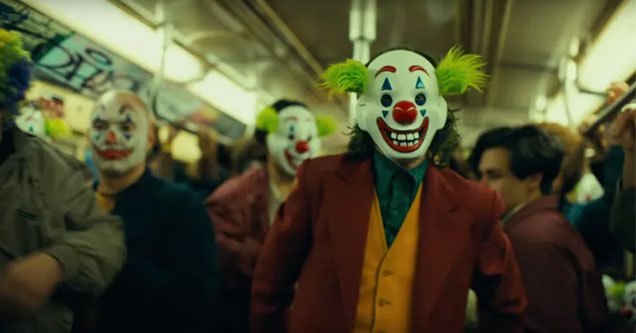 The US Military has issued a warning to its service members about potential acts of violence at Joker screenings due to what they deem an 'incel threat' based off of chatter that has been heard on parts of the deep web.

In a memo released on September 18th, Military officials address what they deem as credible threats made against unnamed Texas movies theaters by believed incels communicating on the dark web.

The Army said it was made aware of the threats thanks to an FBI bulletin that didn't name an specific targets or plans but referred to heard chatter around the web. The memo was marked “For Official Use Only,” and was relayed at the time as a precautionary measure. The full memo can be read below. 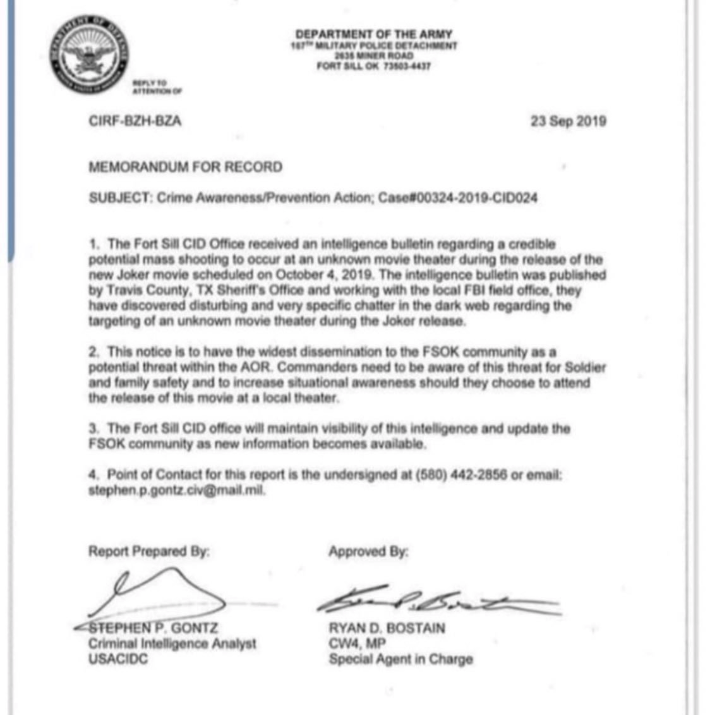 After the FBI released their memo, the US Army's criminal investigation unit sent out another message claiming to have found 'credible threats', “regarding the targeting of an unknown movie theater during the release.”

An FBI spokesperson said that, “while our standard practice is to not comment on specific intelligence products, the FBI is in touch with our law enforcement and private sector partners about the online posts", and "as always, we encourage the public to remain vigilant and to promptly report suspicious activity to law enforcement.” 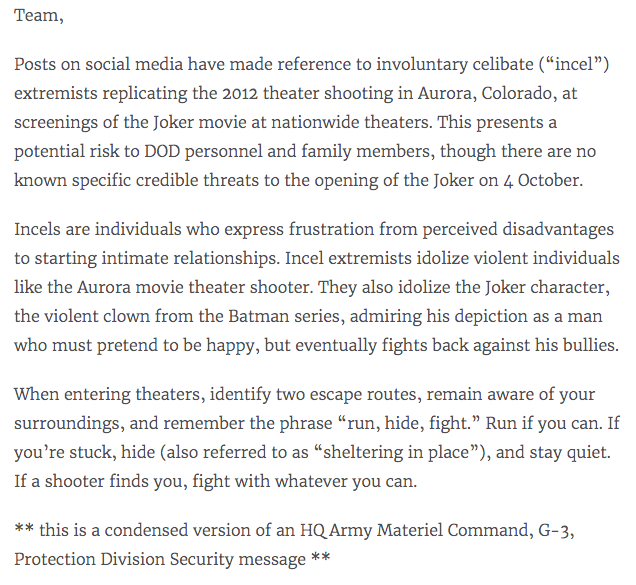 The Joker has already caused quite a bit of buzz in anticipation of its release. There have been memes, most notably the Peter Parker and Joker dancing together image, as well as memes about not wanting to see the movie out of fear of being killed.

In 2012, 12 people were killed and 70 were wounded during a showing of the Dark Night Rises at a movie theater in Aurora, Colorado. James Holmes, the shooter dressed up as the Joker and changed the way many people felt about going to movie theaters for years to come. Well news is out that the Aurora theater where the shooting happened will NOT be showing the new Joker film, amid the families of the victims pleading to keep the film out of their community.

So, if you're planning on seeing the Joker when it comes out on October 4th, maybe it's best that you know where the exists are and if you live in a state with concealed carry, maybe you should bring the strap.

Todd Phillips and Joaquin Phoenix can shrug their shoulders as much as they like about their little movie but when the armed forces are preparing to deal with active shooters at screenings you might want to admit that you’ve made Citizen Kane for incels. https://t.co/U6TEUDevab 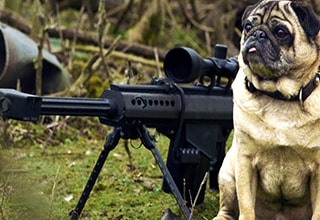