We get it, ya'll are trapped inside your homes, hornier than a rhino in a bubble, but can we just slow down for a second.

A few days ago, Vanessa Hudgens, became public enemy number one when she said in an Instagram Live video that, "people will die, from Coronavirus, it's inevitable", while complaining that Coachella was cancelled.

Well, it seems people have already forgotten all about it, as a video of her from March, 5th has grabbed peoples attention. The video is of her showing off a new tattoo and in the video she moans, in three distinctly different ways, and with a more sexual tone each time.

Lol this was the first time I saw it. I never peeked. Hilarious. I love @drag_ink so damn much. What. A. Legend.

Make sure your volume isn't up all the way or not whatever. People have cut together different versions of her moan and we don't want to know what they are doing with them. We've already outed ourselves with this blog and will not be pursing the moan any further.

Vanessa has since addressed the meme and asked the good people of the internet to "stop with the moaning sh*t".

Vanessa Hudgens responds to the “moaning” memes made out of her recent Instagram videos:

“y'all better stop with the moaning sh*t because it's not like I made a video and was like, 'I'm gonna moan in this video.' No, that's just my reaction, so no, I don't moan all the time.” pic.twitter.com/0Yknb5SkMP 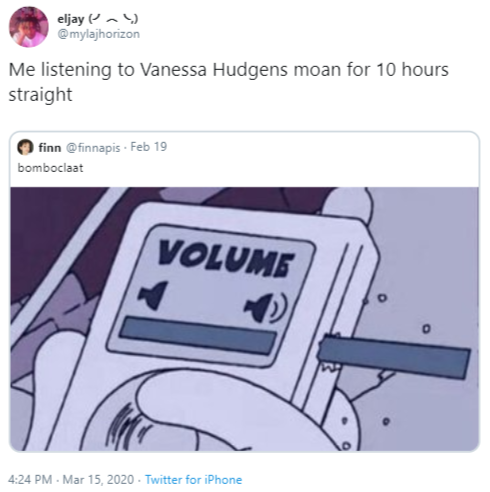 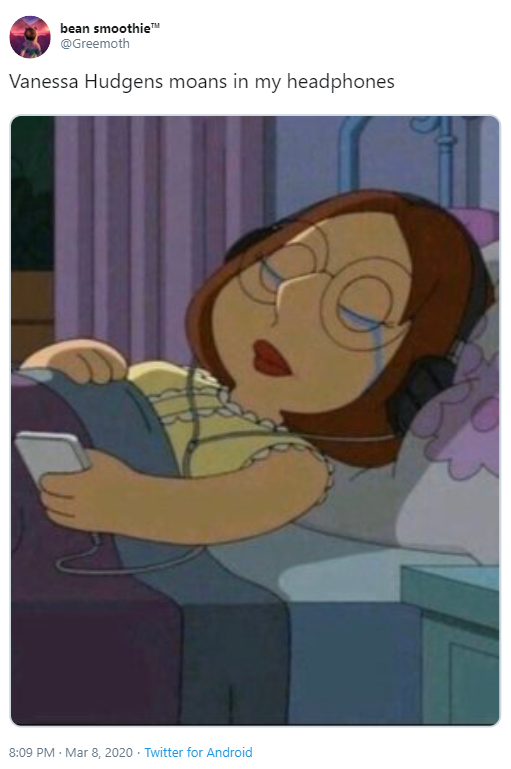 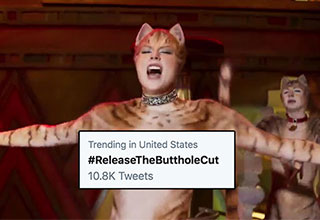 NEXT ARTICLE #ReleaseTheButtholeCut Is The Twitter Trend We Need Right Now