Fast forward a couple of days, when the next round would’ve taken place, though before the chess match could begin, Carlsen withdrew from the competition in a mysterious manner. As a 5-time grand champion, this was unconventional behavior for him. Tweeting about it, he linked a video of Jose Mourinho claiming “If I speak I am in big trouble.”

I've withdrawn from the tournament. I've always enjoyed playing in the @STLChessClub, and hope to be back in the future https://t.co/YFSpl8er3u

Much talk has followed regarding Carlsen’s sudden decision as this is his first time ever retreating from a chess game, let alone one with a $350,000 prize on the line. Many are suspecting Niemann of being a cheater, though Carlsen never accused Niemann of such a thing. Given the careful measures taken before chess games to ensure no unfair play takes place, it is unlikely Niemann could’ve gotten away with playing dirty. Players are thoroughly inspected, going as far as checking that there’s no suspicious activity in their chewing gum, as was monitored for Niemann.

What doesn’t help Niemann’s case, is his openness that he did in fact swindle his opponents during online tournaments as a 12-year-old. He admitted to getting help from his friends while playing online, saying he did it to grow his Twitch following.

As for Niemann, he replied to the speculation by stating in an interview, “I think Carlsen was just so demoralized because he's losing to an idiot like me. It must be embarrassing for the world champion to lose to me. I feel bad for him."

Had it not been chess champion Carlsen he was up against and the unlikely outcome of out-playing him, along with Niemann’s cheating past, maybe he wouldn’t have received this much criticism. 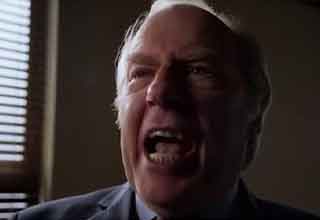