Twitter users are debating whether thee Ludwig van Beethoven was in-fact a black man, white-washed by historians for centuries.

A resurfaced article from 2015 claims that Beethoven was described by his lovers, friends, teachers as a black-skinned man.

There were no cameras back in the early 1800's, so we'll never know for sure what his race was, nor that it really matters, as he will be remembered forever for his music.

Twitter became aware of Beethoven potentially being black and began pumping out memes and reactions left and right.

Me listening to Beethoven after finding out he’s black pic.twitter.com/6kv4FR4rSi

Beethoven was deaf and still had rhythm. That was a black man.

beethoven being black was not the plot twist i expected this year pic.twitter.com/tMV5KFMuXj

Mood when you learn that Beethoven was black pic.twitter.com/zrYY3NOKgs 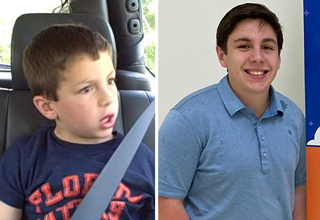 NEXT ARTICLE Wayback WHENsday: "David After Dentist" Wants to Be Left Alone