Way, way back in 2014, YouTuber TomSka uploaded a video about a brave sniper pug and all-around good boy by the name of Sergeant Pugsley. Would he be able to save the day? Probably not, since he is a dog. The adorably deadly pup (who struggled with alcohol addiction) won hearts all over the internet.

The video was especially impressive thanks to its production value, and a behind-the-scenes look shows just how large an endeavor it was. The actors and crew braved some pretty s***ty weather (a.k.a. any day in England) in order to bring us this masterpiece of internet humor.

Earlier this year, TomSka provided an update on Sergeant Pugsley via Twitter, letting us all know that Sergeant Pugsley - whose real name is Captain Pugwash - is still alive and well, and having a grand old time enjoying his golden years in peace. 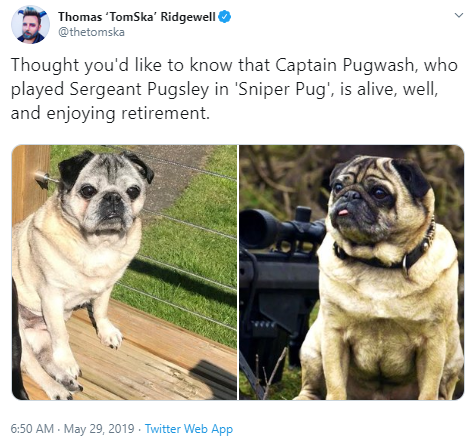 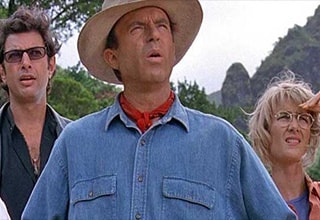