The reality show Intervention, which is surprisingly still on the air, has produced a couple notable viral moments.

The "best cry ever" (R.I.P.) is probably the most recognizable one, and the number two clip is from a woman named Allison who huffed cans of compressed air meant for cleaning keyboards.

One line in her episode, in which she sarcastically says that huffing keyboard duster makes her feel like she's "walking on sunshine," got remixed to the 1980s song "Walking on Sunshine" and became a hit.

So what's Allison been up to since becoming a viral star?

According to an interview Allison gave to the rehab center she visited after being on TV in 2008, she got sober and has stayed away from inhalants and drugs since then.

Allison also says her appearance on the show continues to haunt her today.

In a 2013 interview, Allison said she didn't even know she was on Intervention until after she arrived at rehab. That was one of the first things she saw there: herself whacked out on duster on national TV.

Her Twitter bio understandably reads: "STOP showing my show (all of u!)- after 11 yrs it STILL disrupts/ruins a great deal of my life & it doesn’t feel worth it."

As a rule of thumb, it's not cool to laugh at someone's drug addiction. But Allison's case was a little different because her drug of choice seemed so ridiculous, and people were laughing more at that than her real misery.

So now that we all know she's been sober for a long while, maybe that makes sharing all the remixes she inspired OK again? (It doesn't, but here we are anyway.)

Whatever you do, maybe don't send this post to Allison.

For more old stuff that once brought you joy but now brings you somewhat less joy, click here. 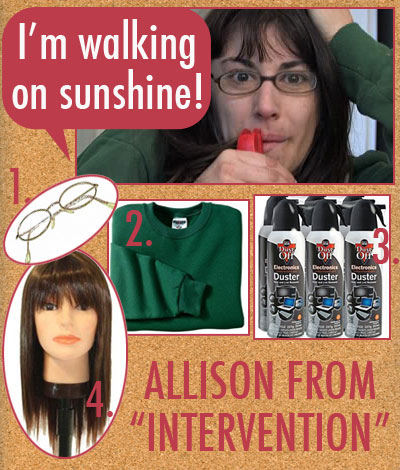 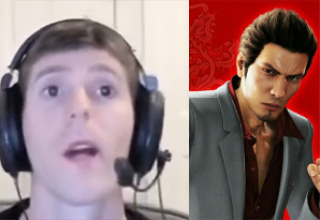