One of the the all time greatest viral videos of the early internet, the WoW Freakout Kid, showed an enraged teenager having an epic meltdown after his mother cancelled his World of Warcraft Account. Known as Stephen     ( or Account Crusher), the angry gamer flails around on his bed, hits himself, and appears to try and shove a remote up his butt.

The video was filmed hidden camera style by Stephen's brother known as "Wafflepwn" and uploaded to his YouTube channel in 2009. Many people have doubts as to the legitimacy of the video, but regardless if it was real or staged the 97 million views its amassed on YouTube prove it was one of the early greats.

Check out some of the other viral "Stephen Freakout" videos below: 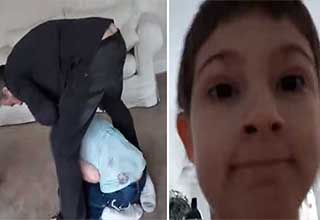