If you're not familiar with Steak-Umm, the frozen beef slices that have been letting people make fake Philly cheesesteak sandwiches for decades, you've probably never looked at their Twitter account. And normally, no one would ever have a reason to read tweets from a frozen meat brand.

But Steak-Umm is different, and the 28 year-old guy who runs the Steak-Umm Twitter account has changed the brand's history forever.

Nathan Allebach, Steak-Umm's Twitter writer, has been popping up in the news over the past few years, and in light of the Washington Post's latest article on him, it's worth sharing some of the stranger things that have come to light both about Allebach and his work at Steak-Umm.

Steak-Umm Has Been Praised As the Wokest Brand Ever

Allebach first made major news in 2018 when he wrote a tweet from the Steak-Umm account that tried to explain why young kids can become so oddly attached to social media accounts.

why are so many young people flocking to brands on social media for love, guidance, and attention? I'll tell you why. they're isolated from real communities, working service jobs they hate while barely making ends meat, and are living w/ unchecked personal/mental health problems

Seeing this kind of message from an official brand, and one as unlikely as Steak-Umm, resonated with people, and Allebach started writing more of these critiques on health, wellness, and humanity.

More importantly, he also wrote about what brands should NOT do when they want to interact with audiences in an "authentic" way.

Allebach kept this up, and after recently tweeting about the dangers of misinformation around COVID-19 and shaming any brand who doesn't step up to help people during this time, he's being lauded as a beacon of corporate responsibility.

Historians will long remember that America's moral compass in this time of trial was a frozen meat company. https://t.co/papzXh2jjR

Steak-umm offering the sensible, rational defense of truth, repudiation of opportunism, and call to humanity that we all need right now. https://t.co/UGAP5GQVsO

Is the social media manager of a frozen meat company eligible for a MacArthur Genius Grant? https://t.co/L1AetEFXfh

People Thought Nathan Allebach Was the Son of a Cult Leader

For a couple delightful hours this morning, many were under the impression that Allebach was the son of David Koresh, former leader of the Branch Davidians.

The Branch Davidians are a protestant cult most known for having a standoff with the FBI in which 79 people died, including Koresh, who was shot in the head.

People believed Allebach was related to Koresh because a parody account posted a paragraph from the Washington Post story where they altered the text to say Allebach is Koresh's son, and thousands of people ate it up.

Allebach was merely amused by the whole thing.

getting milkshake ducked as a cult leader was always my destiny

According to the Washington Post, Allebach keeps "multiple running notepads of personal thoughts" and writes "long, repetitive rants" that the Steak-Umms social media manager will help condense into shortened tweets.

It's one thing to leave a tweet in the draft folder and come back to it later, but filling up journals with your wildest thoughts and editing them like a stressed out novelist, all for Twitter, can't be healthy.

Not surprisingly, Allebach has said that "seeing a therapist is the best thing you can do as a social media manager."

will smith actually went unscripted in this highly emotional scene because when he was a kid his parents didn't let him have any Steak-Umm pic.twitter.com/zzD63KQMIk

In a 2018 interview, Allebach said he's had hundreds of kids message him at the Steak-Umm account to ask for help with all kinds of real issues.

While Allebach didn't share specifics on any of the kids he's chatted with, he has argued that this is a side effect of brands working so hard to relate to and connect with young people by using shared jokes, memes, and slang.

"They’re going to these insane outlets like a brand on Twitter because they think it’s relatable, and they say, 'Oh, whomever runs this gets it. I’ll ask them what they think.'" 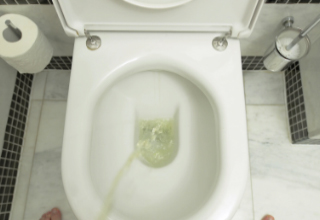 NEXT ARTICLE 5 Songs You Need to Try Peeing To