If you haven't seen or heard about it, Wendy's is a straight up savage on social media like Twitter and Facebook.  What you may not have known is that occasionally they get into beef in real life as well. 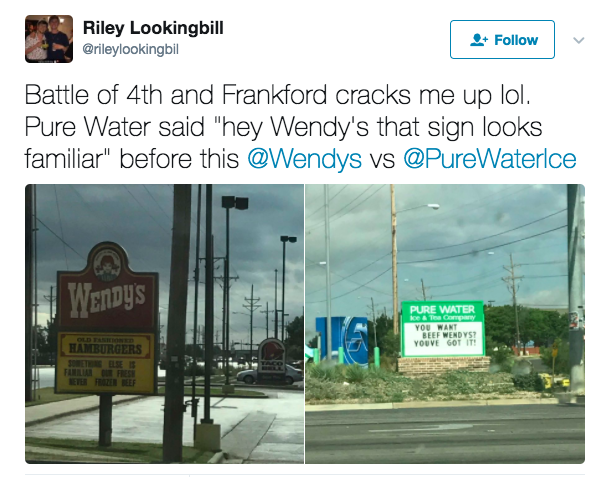 Recently in Lubbock Texas, a challenger appeared and decided to step to Wendy's, and as we've seen online that's the quickest way to get yourself publicly rekt.

According to a story by a local paper the Lubbock Avalanche-Journal,

It all started when Pure Water Ice and Tea Company set up their sign to say, “Kliff Kingsbury drinks for free.” (Kingsbury, if you’re unaware, is the head football coach for Texas Tech, which is in Lubbock.)

Soon after, Wendy’s apparently hopped on the bandwagon as well, and offered Kingsbury free food and drink. Pure Water called them out for the all-too-familiar sign. Wendy’s clapped back, “Something else that’s familiar is our never frozen, fresh beef.” 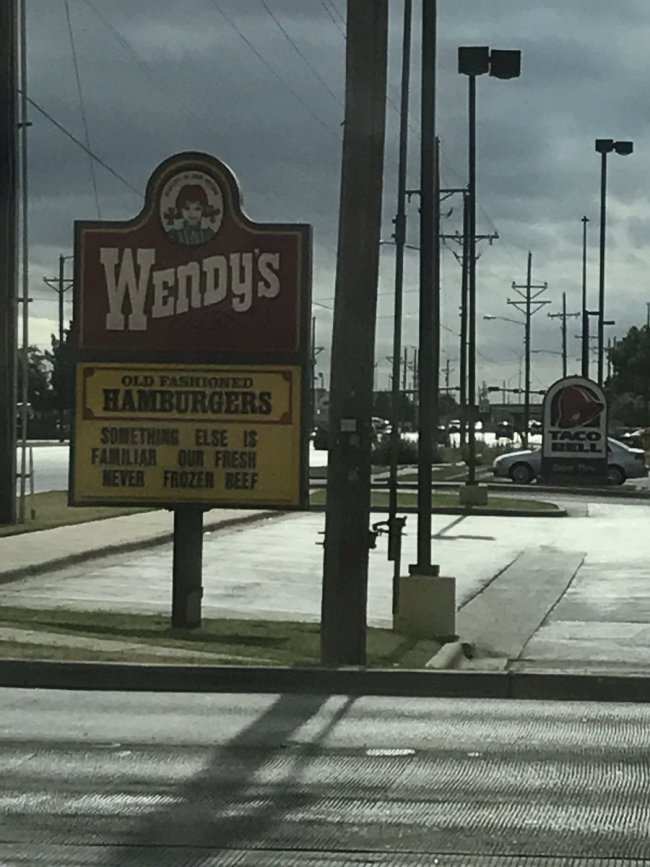 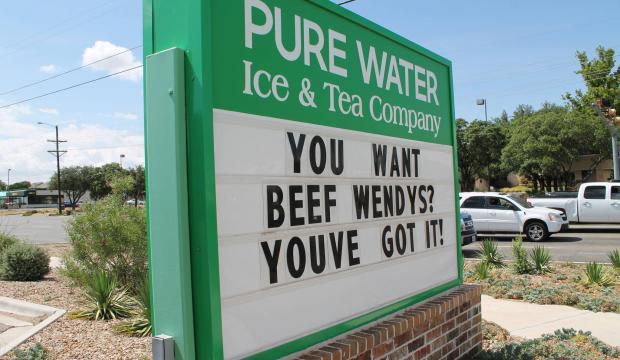 Easy there little fella, you might be biting off more than you can chew! 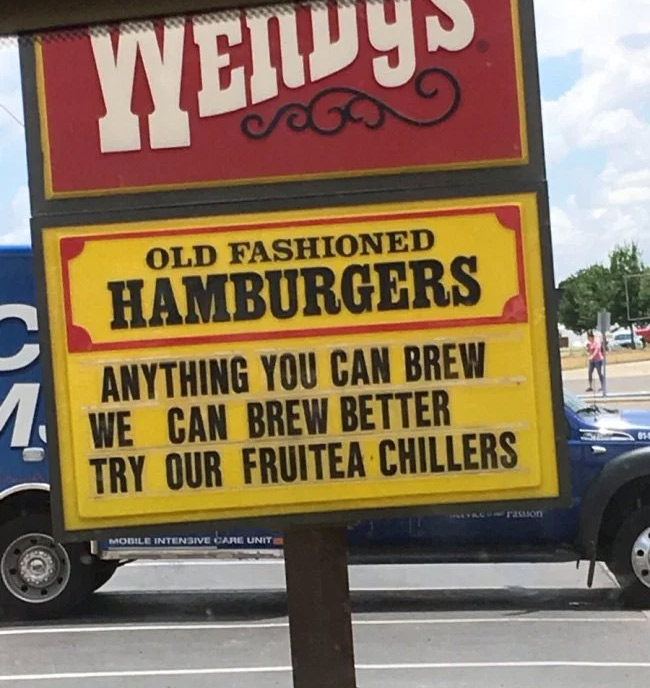 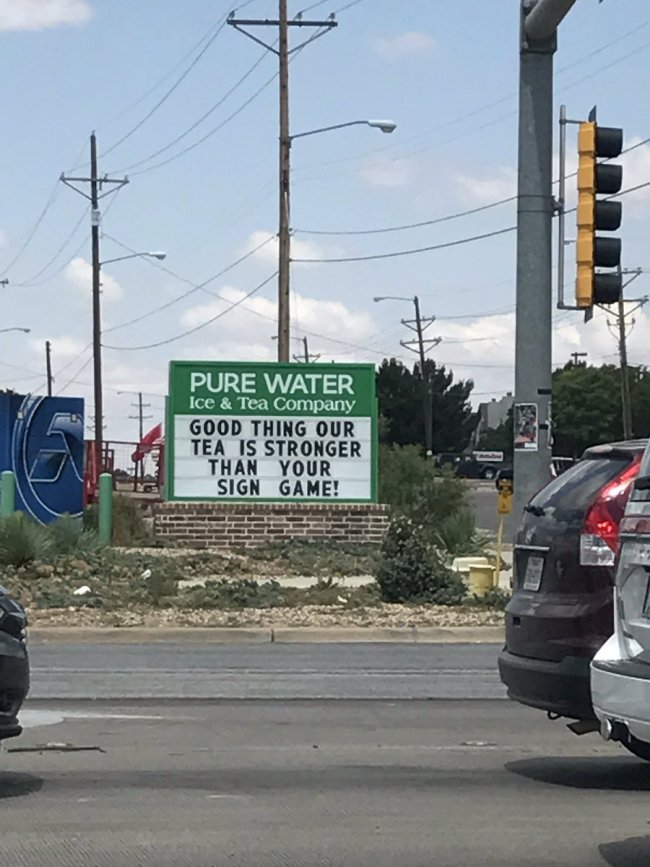 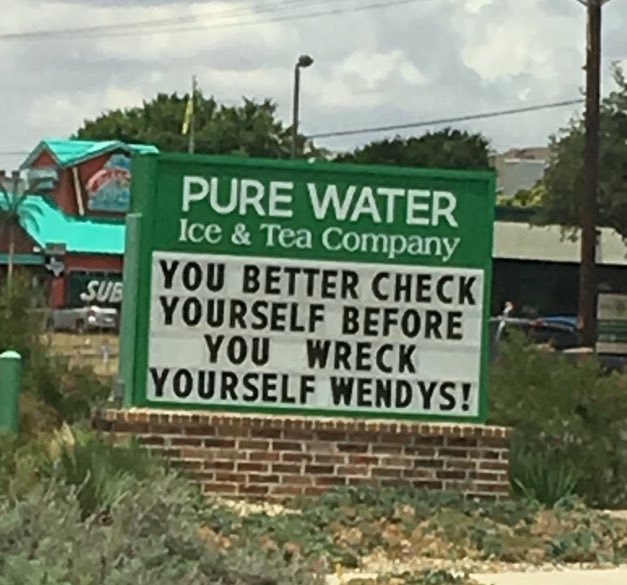 Might be a good time to throw in the towel!  Retreat,  RETREAT! 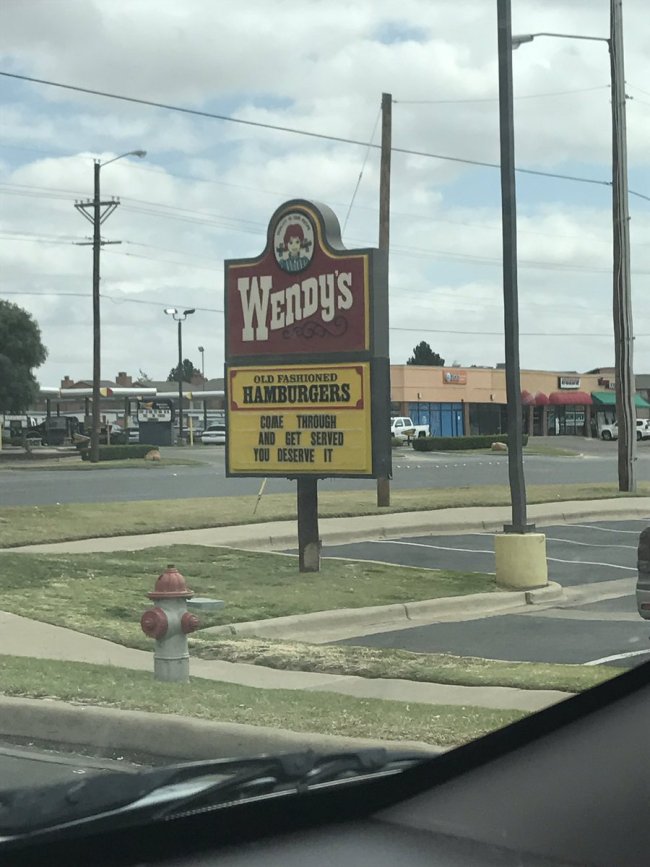 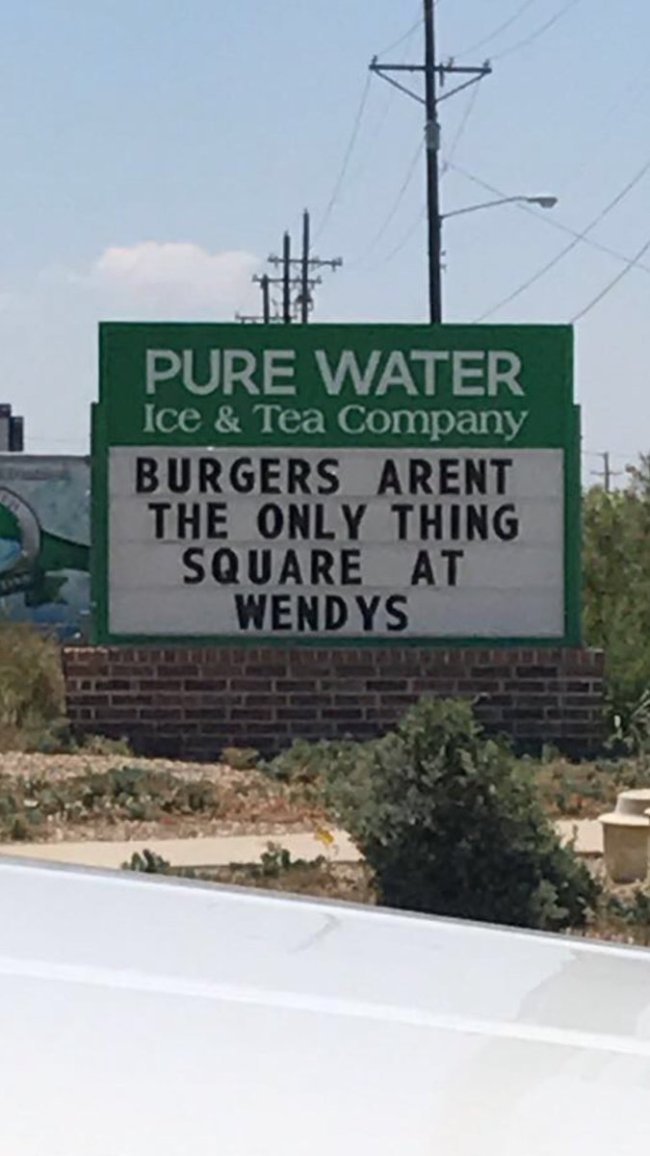 Pshhhh, is that the best you got Pure Water?  Nail in the coffin time. 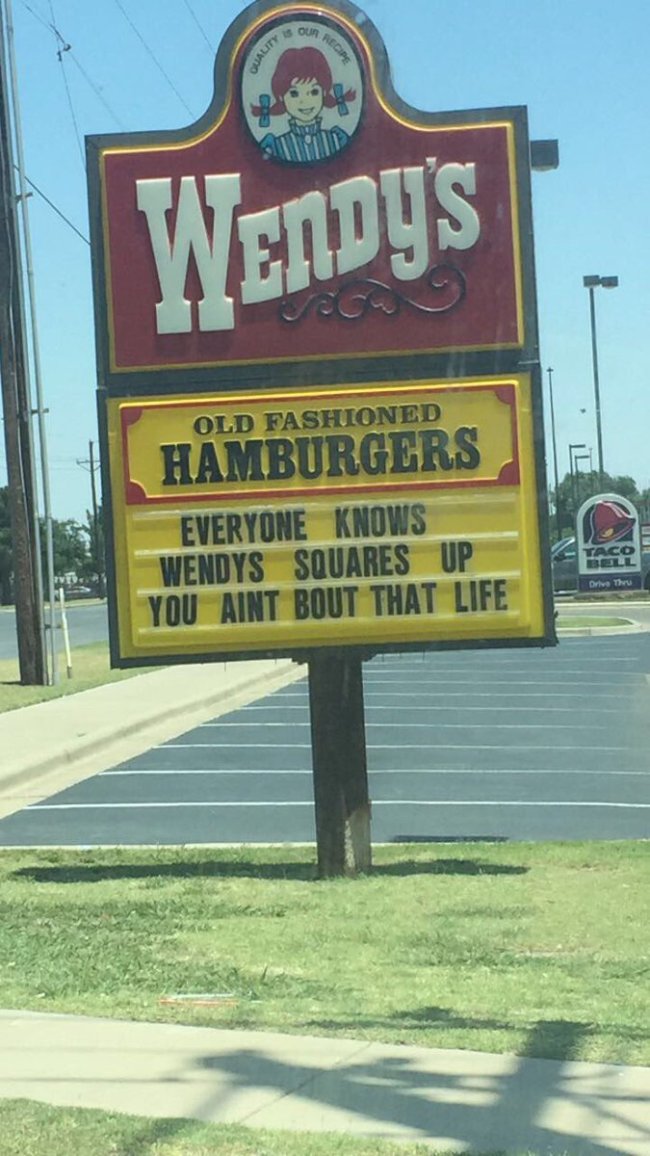 It's no surprise how this turned out and that Wendy's will retain their spot as the reigning queen of savagery.

Now let's have a moment of silence for Pure Water, you were so bold, so brave, so young... but in all honesty, you never stood a chance. 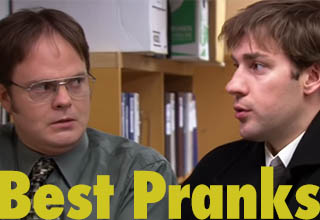