This week, an imaginary model known as Michael the Future Gamer was released to try to show people how the most avid video game players might look in 20 years.

The model, with gray skin, a gigantic potbelly, and the most f'ed up posture you've ever seen, was an attempt to scare gamers into basically spending less time playing video games. 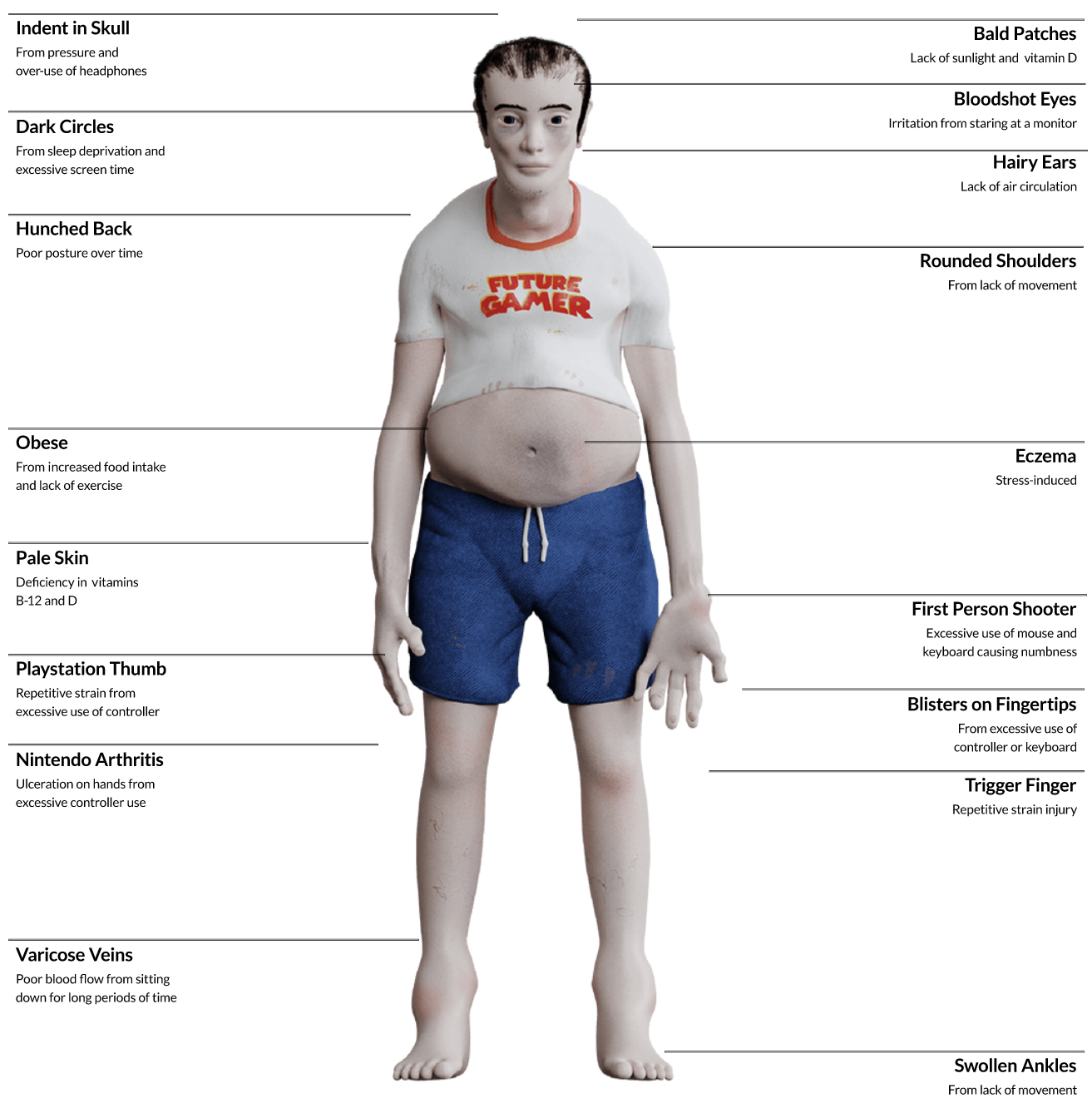 Michael's success seems unlikely, as video gaming becomes more lucrative every year, but the confusing thing about him is why he looks so implausibly gross.

His head is misshapen, his ears are somehow covered in hair, and his hands are gnarled like he's been stuck in a cave beating his meat for 1,000 years.

It's understandable that the researchers wanted to try to shock people, but they made Michael so gross that he doesn't even seem human anymore.

But Michael isn't the first horrific "future human." Researchers around the world have some weird fixation with producing the most deranged human evolution predictions they can dream up.

Last year it was Emma the Future Office Worker, a modern day Hunchback with cankles and eczema.

Before that we had Graham the indestructible human crash test dummy, who had a chest covered in extra nipples and a head that looked like a rotten trapezoid.

Others have predicted that in tens of thousands of years humans will look either like anime characters or Jimmy Neutron.

How is this information helpful? What can it tell us?

Not much, except that some scientists probably have too much time on their hands.

Humans may not be getting smarter any time soon, but it seems even less likely that we'll turn into tall Gollums who all play Call of Duty really well. 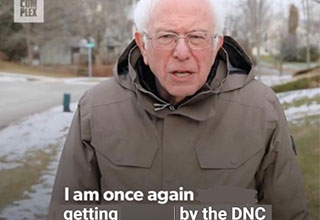 NEXT ARTICLE Bernie Sanders Drops Out, The Internet Reacts