Here's a recap of everything we missed while sleeping in and doing nothing all weekend!

An autopsy will be conducted this Tuesday the 21st. Gabby's fiancé, Brian has yet to be located.

Machine Gun Kelly once again decided to talk sh** about an artist far better than himself. Reminder that a few years back, MGK tried dissing Eminem. Eminem not so politely told him to take a seat.

This time MGK went after the band Slipknot, for "being 50 years old wearing a f***ing weird mask on a f***ing stage."

Needless to say, the joke did not land.

The bits and sketches were so unfunny that Conan took it upon himself to fix everything.

Conan is the best part of this show and he hasn't even been on stage. pic.twitter.com/jZfEFo6C5f

Steelers' fans are in midseason form after the team's loss to the Raiders on Sunday.

Time to check in on Steelers fans… pic.twitter.com/fkx0GREDJI

I'm sure Jerome Bettis is proud.

In more NFL news, the league's 'taunting' penalties are already causing fans and players frustration. It's only a matter of time before one of these calls completely ruins an important game.

The Cardinals and Padres faced off on Saturday. But the real fight was in the Padres' dugout. Manny Machado got into it with teammate Fernando Tatis Jr. and thank god for Twitter, because this NSFW video is brilliant. 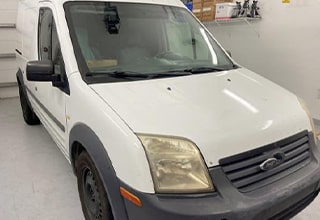