After taking a DNA test, it was revealed to a woman that she has been dating her biological brother for the last 6 years. In a story posted to Reddit about 2 months ago, the anonymous woman says nothing has been the same since she found out.

The woman wrote, "I am 30 and my brother is 32. I'm just going to call him my boyfriend for the majority of the time while I type this. I was adopted as a baby but I didn't know that I was adopted until I was in high school. My boyfriend was also adopted and when we met it was one of the things we sort of bonded over. We both didn't learn we were adopted until high school and we both were lucky and had good families."

"We understood each other very fast. We were attracted to each other quickly. I've never met someone and felt immediate attraction and familiarity. Now I know that the comfort and familiarity is because he's my brother. He is my full brother."

She explains that they have done everything a "normal" couple has done, got a house, met each other's families, and have sex.

The Reddit user says she and her boyfriend went through the process of a DNA test for fun and found out a month later that he is actually her biological brother.

"I'm really hoping they made a mistake but things are kind of starting to make sense to me now. We always get the "you guys look so alike" or "he's the male version of you."

She still wants to call him the love of her life but says she feels too awkward about it now.

A couple of days later she updated the post saying, "I posted this the other day but since then I showed him the results and he realized that we're siblings. He doesn't want to freak out or make any big decisions until we get a real test somewhere. But I can tell he is freaked out and it was odd laying in bed next to him."

Needless to say, people in the comments were stunned. But most people remained positive. 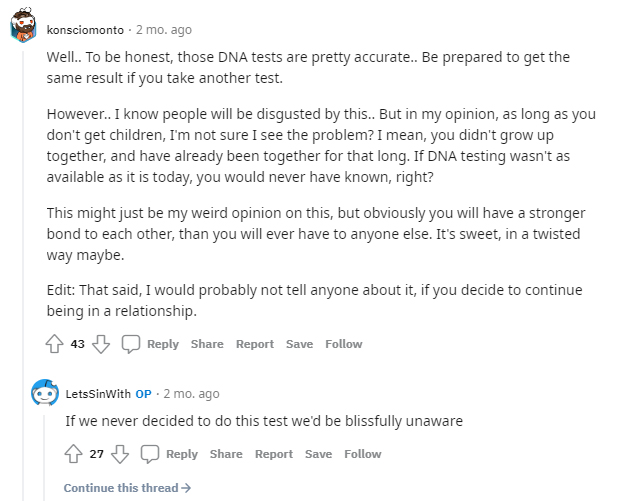 One user said, "What a small world. Good luck to the both of you I suppose, however it turns out."

Another gave helpful advice, "I’m going to be real upfront, if you really love him and he really loves you, then I doubt this will break you guys up. You’ve been together for 6yrs, it’s not your fault you got with him. You guys were complete strangers, who never had a sibling bond, and your bond was formed because of romance." 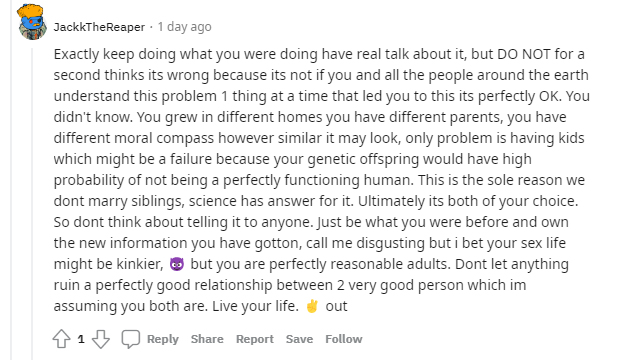 "6 years already, y’all did everything a couple could. Throw the test away, don’t tell anyone, and live as if you didn’t know," another person agreed. 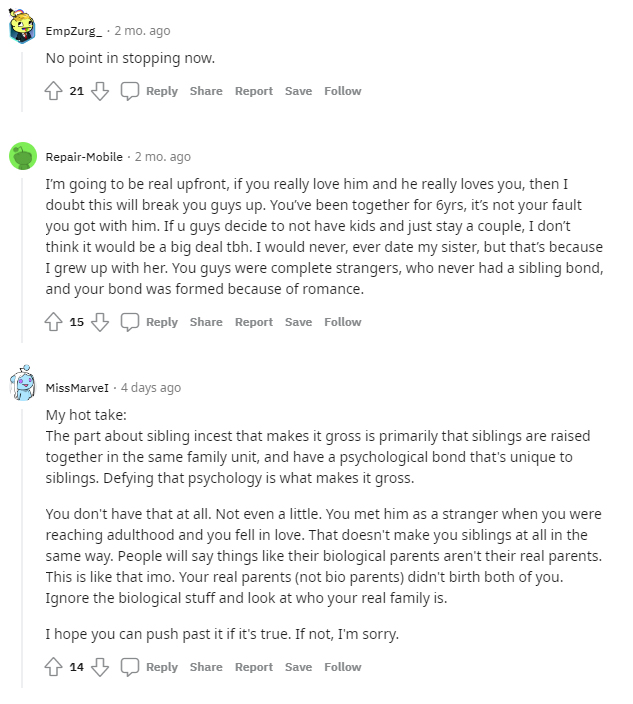 Of course, some people did not find it intriguing or appropriate, "This is just gross idc, i’d break up and move to a different country under a different name. Can’t imagine the PTSD from that."

"The amount of people in here attempting to justify INCEST is insane..." One person chimed in. 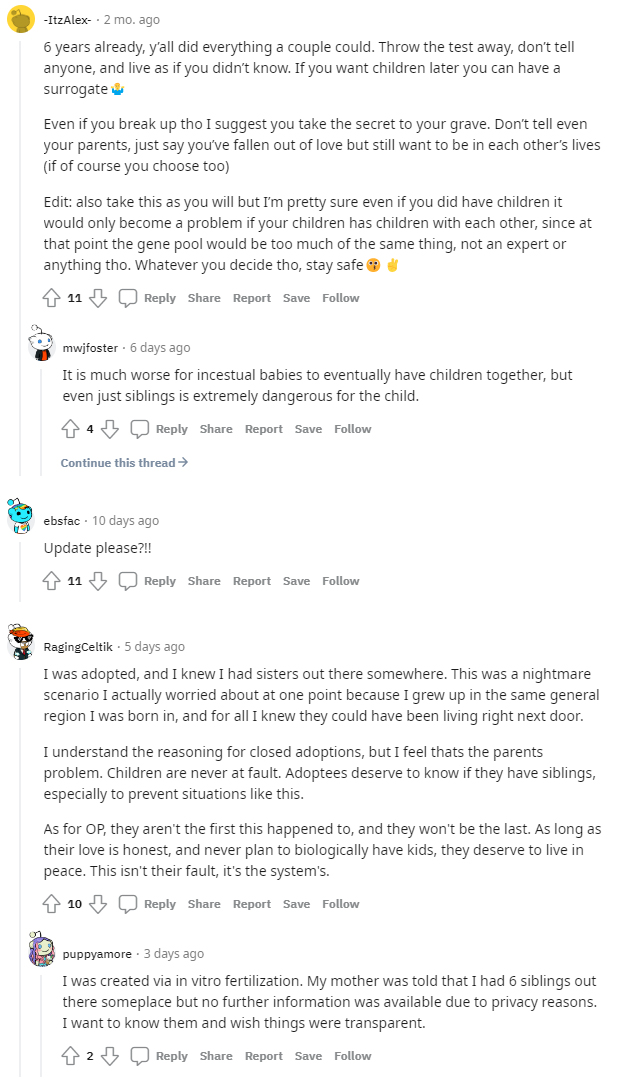 Most of the comments were people begging for an update. It's been around two months since the post, so people are on edge waiting for some new information on how their relationship turned out.

What a strange and wild world we live in, anything can happen. 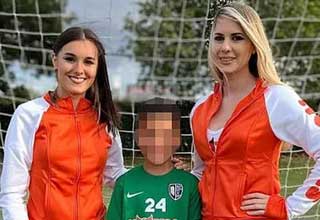 NEXT ARTICLE Under-10 Soccer Team Surprises Everyone With Hooters Sponsorship